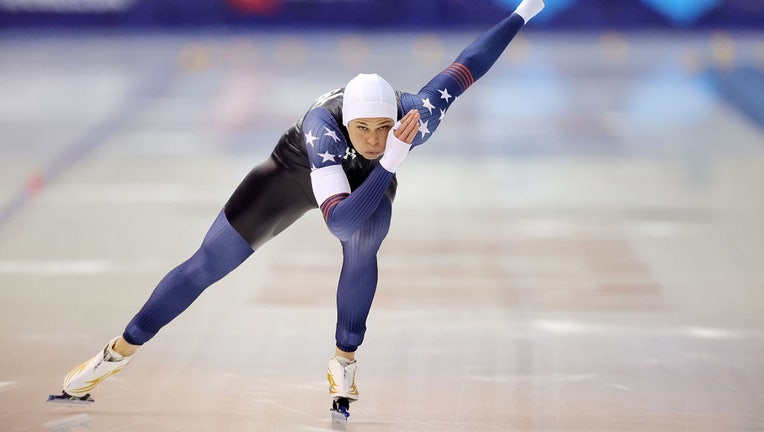 "It felt like a solid, smooth race," she said. "I’m training through this competition and to be able to put that kind of time down at the end of a hard training cycle is pretty encouraging."

Jackson's specialty is the 500, which is Friday at the Pettit National Ice Center. She and Bowe were in the same pairing for the first time in the 1,000.

"We were joking with each other before the race and I told her I was going to have to give her a taste of her own medicine of what she’ll probably give me tomorrow in the 500," Bowe said.

Bowe is a medal threat in the 1,000 next month in Beijing as well as the 1,500, which comes later in the five-day trials. Her lone Olympic medal was a bronze in the team pursuit four years ago in Pyeongchang. The U.S. didn't qualify a women's team pursuit squad for Beijing.

Not having fans in the stands didn't bother Bowe.

"When you’re getting called to the line and the gun goes off, I don’t hear anything if it’s a sold out crowd or not a person in here," she said. "Most of the time I don’t even hear my coach yelling at me on the backstretch who was prolly three feet away from me."

Goetz was a top contender for the U.S. in short-track speedskating four years ago before suffering a concussion on the first day of the 2018 Olympic trials. She later transitioned to long track and had five top-10 finishes during the World Cup season.

Skating in the pair after Mantia, Stolz parlayed his home-ice advantage into a track-record time of 1:07.61. The 17-year-old from nearby Kewaskum trains with his club team at the Pettit.

He promptly vomited after the race, the result of having downed kefir, a fermented milk beverage, an hour beforehand.

"I was so nauseous," Stolz said. "All the lactic acid was just coming up, so I had to go throw up." 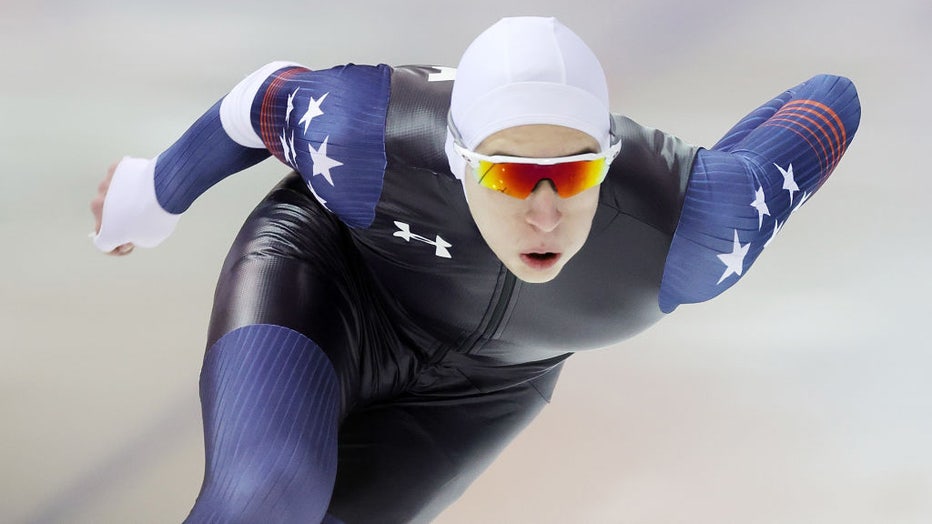 Stolz is the junior world record-holder in the 1,000 and earned his first World Cup medal with a silver last month in Calgary.

Mantia had urged US Speedskating officials to cancel the trials because of rising COVID-19 cases around the country.

"I was really upset that they pushed forward," he said. "Pretty much every medal contender and top athlete was pretty disappointed with the decision to go forward with the trials, but here we are."

Mantia suggested using a selection committee to choose the U.S. team for Beijing or revive the selection procedure from before 2014, when medal contenders and World Cup winners received byes onto the team.

Mantia, who like Bowe and Jackson is from Ocala, Florida, is ranked first in the world in the men’s 1,500. He also has chances to earn Olympic berths in the team pursuit and mass start.

The Wisconsin DNR asks all riders to be in the know and review Wisconsin’s snowmobile safety rules and regulations before heading out this winter.