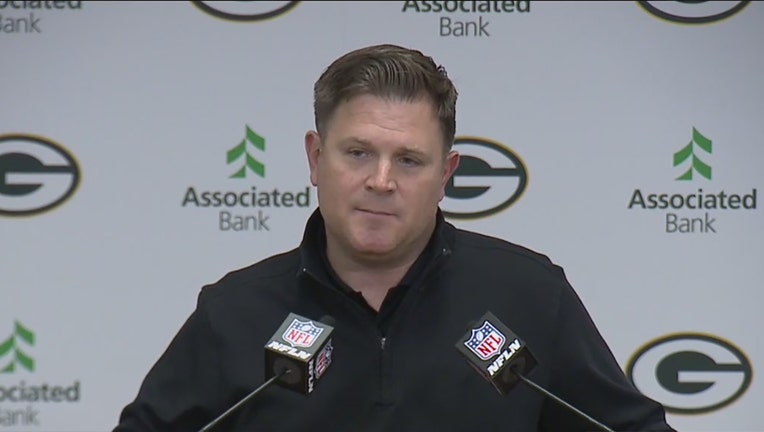 GREEN BAY, Wis. - Green Bay Packers general manager Brian Gutekunst says he’s not giving Aaron Rodgers any deadlines on when to decide on a possible return, and he believes the four-time MVP will reach a resolution soon.

Rodgers has said he hasn’t made up his mind regarding his plans for next season and hasn’t ruled out returning to the Packers, retiring or requesting a trade.

Rodgers, who won his second straight MVP award this past season, has said he’d like to make a decision by the time the free agency period starts next month. He wants to give the Packers enough time to prepare for life with or without him.

Gutekunst acknowledges Rodgers’ decision will factor into other choices the Packers make as they build their roster for the 2022 season and noted the 38-year-old quarterback is well aware of that. 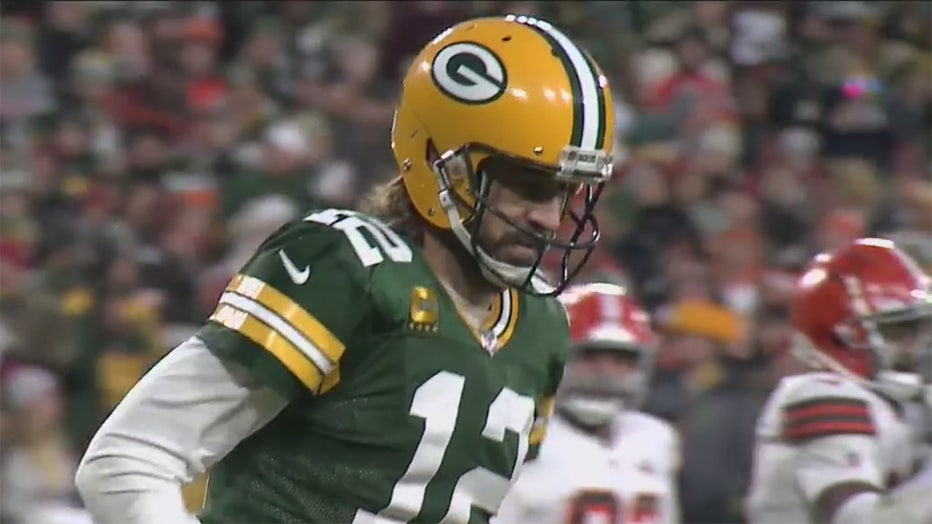 Rodgers said Tuesday on "The Pat McAfee Show" on YouTube and SiriusXM that the postseason conversations he had with Gutekunst, Packers coach Matt LaFleur and executive vice president/director of football operations Russ Ball were much more positive than usual. Rodgers had skipped the Packers’ mandatory minicamp last year in a standoff with team management.

Gutekunst also was asked about his discussions with Rodgers last summer and if the team had promised to move the veteran quarterback if he wanted out after the 2021 season.

"That was not something I told him," Gutekunst said. "I think the whole conversation with Aaron last season before he came back was that regardless, at the end of this season, this past season, that we would sit down as a group and we would work it out one way or another."

Rodgers’ status is the most pressing of several offseason issues facing the Packers, who fell in the divisional playoffs this past season after two straight NFC championship game losses.

The Packers are nearly $43 million over the salary cap according to overthecap.com and have several noteworthy potential free agents, including All-Pro wide receiver Davante Adams and linebacker De’Vondre Campbell.

Gutekunst confirmed that the Packers restructured defensive tackle Kenny Clark’s contract and added that "there will be many more (contracts) that we touch along the way." But he doesn’t believe the Packers’ cap situation should cause them to make major cuts to their roster.

"We have a lot of different options depending on where we head," Gutekunst said. "But this isn’t going to be one of those things, it’s not a fire sale where we’re cutting a bunch of guys."

One option the Packers have is to give Adams a franchise tag. The window for applying franchise tags started Tuesday and runs through March 8.

Gutekunst said he’d rather avoid taking that step with Adams, but acknowledged it’s a possibility.

"It’s not something we like to do," Gutekunst said. "We’d certainly not like to do that if we don’t have to. We’d certainly like to come to a long-term deal that works for both sides, but again, that’s a hypothetical. A lot of things have to happen before we get to that point."

He expressed confidence that left tackle David Bakhtiari can make a successful return from the torn anterior cruciate ligament that sidelined him for most of the 2021 season. 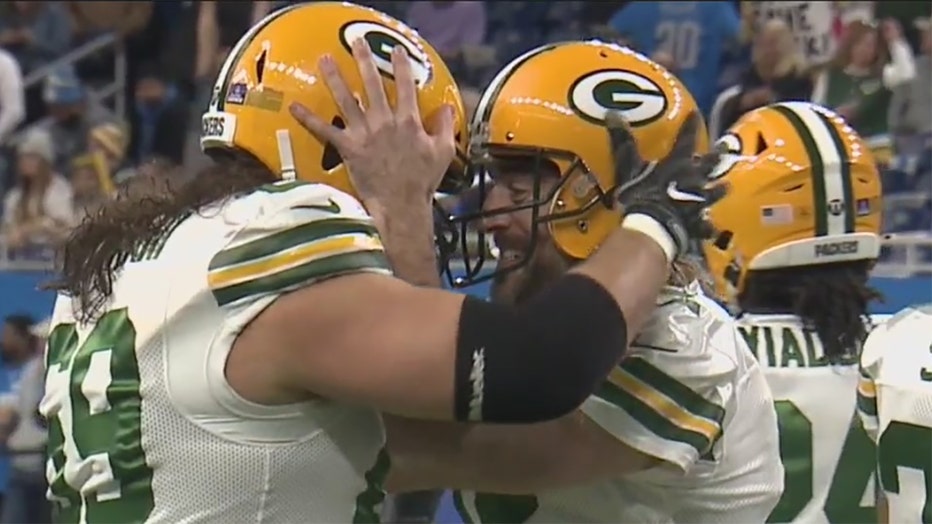 Bakhtiari, who injured his left knee on Dec. 31, 2020, returned to play 27 snaps in Green Bay’s regular-season finale against Detroit, but didn’t play in the Packers’ 13-10 playoff loss to the San Francisco 49ers.

"Long term (I) feel really good about him as our left tackle." Gutekunst said.

He said there’s a possibility the Packers keep outside linebacker Za’Darius Smith, but acknowledged the Packers’ cap situation complicates matters. Smith played just one regular-season game because of a back injury but returned for the playoffs and had a sack against the 49ers.

"Obviously you guys know how impactful he is out there as a pass rusher," Gutekunst said. "So we’ll kind of see. Again, it’s one of those things, there’s going to be some tough choices to make as we move forward. That’s one we’re going to have to look at."

Like Matt Kenseth and Alan Kulwicki before him, Josh Bilicki is trying to put Wisconsin motorsports on the map.