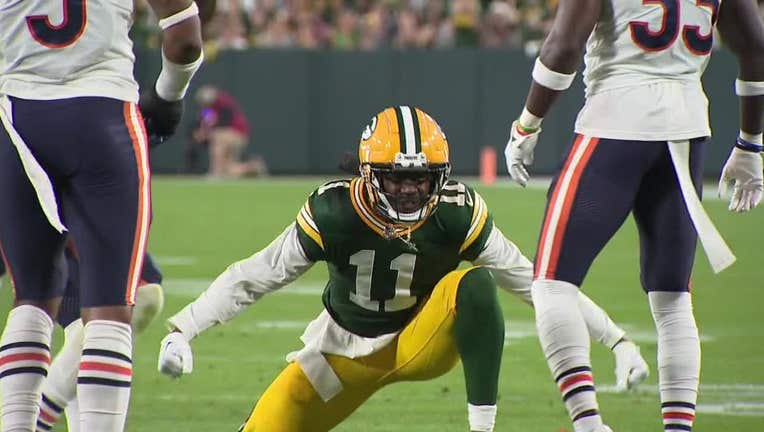 Packers' receiver Sammy Watkins celebrates against the Bears on Sept. 18, 2022.

GREEN BAY, Wis. - Green Bay Packers wide receiver Sammy Watkins has been placed on injured reserve, meaning he must miss at least the next four games.

The Packers (1-1) announced the move Saturday, one day before they play at Tampa Bay (2-0). They already had ruled Watkins out for the Buccaneers game on Friday’s injury report due to a hamstring issue.

Watkins has six catches for a team-high 111 yards through the first two games of the season. He caught three passes for 93 yards Sunday night in a 27-10 victory over the Chicago Bears.

The 29-year-old Watkins also dealt with hamstring issues last season with the Baltimore Ravens, when he had 27 catches for 394 yards and one touchdown to set career lows in all three categories. Watkins has battled injuries for much of his career, which began in 2014 when the Buffalo Bills selected him out of Clemson with the No. 4 overall pick in the draft.

Green Bay has other injury concerns at wide receiver as well.