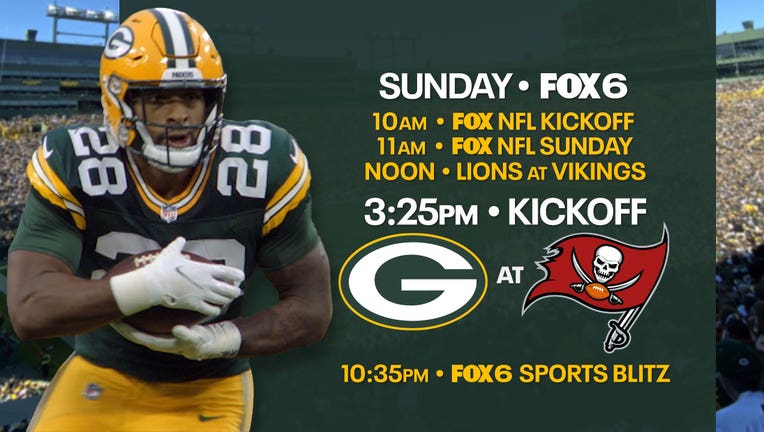 It's a game you can see only on FOX6. Kickoff is slated for 3:25 p.m. – and you're invited to stick around for a special edition of FOX6 News after the game.

Sunday's game will be the third meeting between the two, including playoffs, since 2020. Most recently, the Packers lost the NFC Championship Game to the Buccaneers at Lambeau Field in 2021.

The Packers have won three of the last four regular-season contests and are 32-22-1 all-time against Tampa Bay in the regular season. However, they are 13-15-1 when playing at Tampa Bay.

It will be the fifth meeting between starting quarterbacks Aaron Rodgers and Tom Brady. Rodgers beat Brady, who was with the New England Patriots at the time, in 2014 at Lambeau Field. However, Brady got the best of Rodgers in New England in 2018. The Packers and Rodgers lost both games – one regular season and one postseason – to the Buccaneers in 2020, Brady's first season with the team.