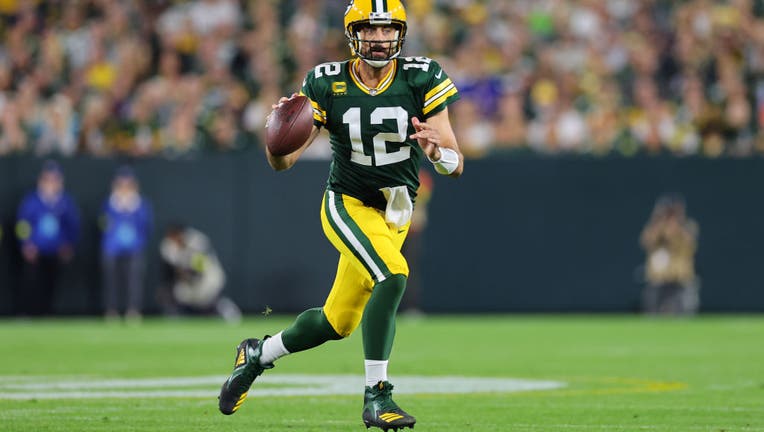 GREEN BAY, Wis. - Aaron Jones rushed for 132 yards and a touchdown and caught a scoring pass from Aaron Rodgers, who continued his domination of the Chicago Bears by leading the Green Bay Packers to a 27-10 victory on Monday night.

The Packers built a 24-7 halftime lead by dominating the second period, then made a goal-line stand in the fourth quarter to thwart a Bears comeback attempt.

Green Bay vowed to get Jones the ball more often after he had five carries for 49 yards and three catches for 27 yards against the Vikings. Jones came through, gaining 8.8 yards per carry and leading the Packers' 203-yard rushing attack.

A week after he struggled to connect with his new crop of receivers, Rodgers was characteristically efficient, going 19 of 25 for 232 yards and two touchdowns.

Chicago's David Montgomery rushed for 122 yards on 15 carries. Justin Fields had a touchdown run and was 7 of 11 for 70 yards with an interception.

The Packers outscored the Bears 21-0 in the second quarter. Jones scored twice, both times catching pitches from Rodgers in the backfield and reaching the end zone.

The first was a backward pass that got ruled as a 15-yard carry. On the second touchdown, Jones went in motion, caught a flip pass in the backfield and scored from 8 yards out. Jones benefited from the return of right tackle Elgton Jenkins, playing for the first time since tearing his left anterior cruciate ligament last Nov. 12.

Rodgers added No. 451 in the final minute of the first half with a 5-yard completion to Allen Lazard, who sat out the Vikings game with an ankle injury.

Rodgers completed passes to eight receivers. None had more than three receptions, but Sammy Watkins turned his trio of catches into 93 yards. 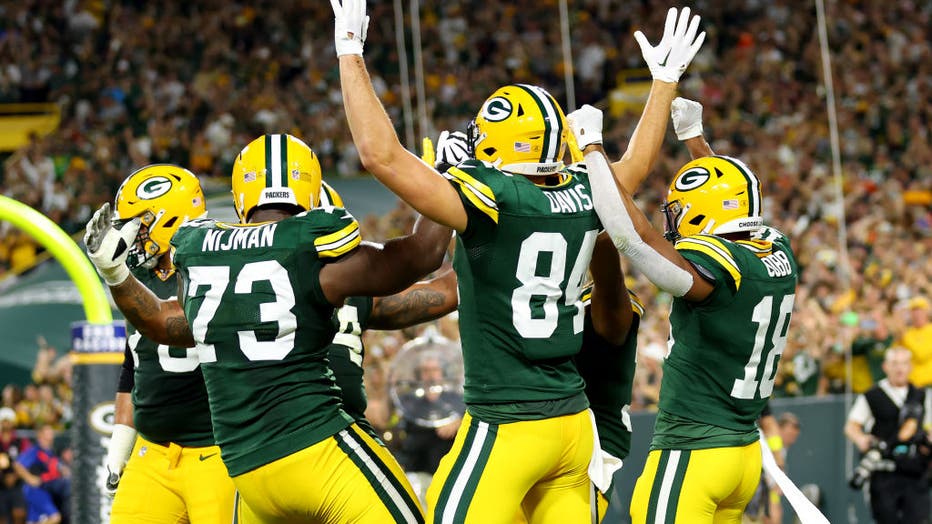 The Bears made the game competitive in the second half by capitalizing on Green Bay’s mistakes.

Cairo Santos’ 40-yard field goal cut Green Bay’s lead to 24-10 after a fumbled exchange between Rodgers and A.J. Dillon gave the Bears the ball at their own 31.

The Packers’ next series got foiled when a snap from Josh Myers hit receiver Christian Watson, who was in motion, and got past Rodgers. Dillon recovered the fumble, but it put the Packers in a third-and-22 situation and led to a punt.

Chicago drove toward Green Bay’s end zone and had an apparent 6-yard touchdown run by Fields overturned when replays determined he was down before stretching his arm across the goal line. On the next play, Fields ran again on fourth-and-goal from inside the 1, and officials ruled that Preston Smith and Jarran Reid stopped him just short of the end zone with a little over eight minutes left in the game. 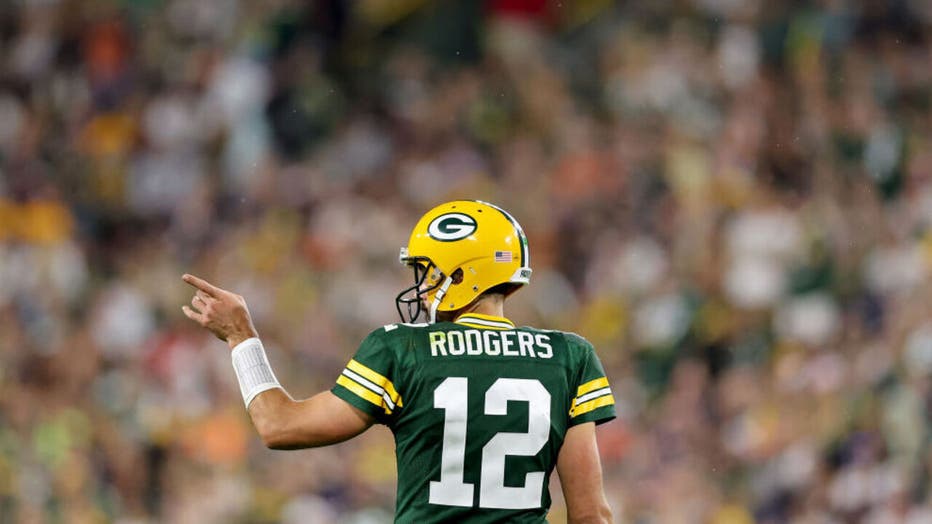 Rodgers connected with Watkins for 55 yards on the ensuing drive, setting up Mason Crosby's game-clinching 28-yard field goal with 2:28 left.

Packers WR Allen Lazard returned from injury Sunday, and Packers QB Aaron Rodgers threw to him in the end zone during the Packers' opening drive, but it was broken up.

Mason Crosby was good from 40 yards, making it 3-0 Green Bay to start.

The Bears scored a touchdown to cap off their opening drive; QB Justin Fields running the ball into the end zone himself. The extra point brought the score to Bears 7, Packers 3. That was the score at the end of the first quarter.

As the second quarter got underway, Packers' Aaron Jones ran the ball into the end zone for a touchdown. With the extra point, the Packers were back in the lead: 10-7.

The Packers' defense responded with a three-and-out.

Aaron Jones' second touchdown of the game came with less than 5 minutes remaining in the first half. This was a passing touchdown. The extra point made it Packers 17, Bears 7.

The Packers extended their lead just before halftime with an Allen Lazard touchdown catch, bringing the score to 24-7.

After a sack by Packers' Rashan Gary and a 36-yard run by Aaron Jones near the start of the second half, Aaron Rodgers fumbled the handoff with AJ Dillon and the Bears recovered.

The Bears added three points with a 44-yard field goal after the Packers' defense forced a fourth down. This brought the score to 24-10 with just over 5 minutes left in the third.

The Packers' defense stuffed Justin Fields short of the goal line – which the Bears challenged. The ruling on the field would stand, and there was no Chicago touchdown.

A Mason Crosby field goal from 28 yards put the Packers up 27-10 with 3 minutes remaining.

That was followed by an interception by Packers' Jaire Alexander.