The Green Bay Packers are set to face the New York Giants at London’s Tottenham Hotspur Stadium on Oct. 9, the NFL announced Wednesday.

It's not just the game that is international; the Packers' fan base is worldwide. FOX6 News spoke to fans in the U.K. who are ready to host.

"We’re trying to Google our way to see how can we fit four people in one seat for this game, because the appetite is going to be crazy," said Stephen O'Brien. "It will be like a home game over here. Because it’s going to be a massive appetite, people will sell their grandmothers to get a ticket, so there’s going to be a real ‘Go Pack Go’ chant and atmosphere."

O'Brien is the president of the U.K. Packers fan organization. He says it is the biggest organic Packers fan club outside te U.S., and they are ready to host fans from all over.

"We’ll be mobilizing people on the day, so with that anxiety for tickets what we’ll do is set up a watch party, and we’ll be in a couple venues in London," said O'Brien.

Discover Green Bay said the game puts Wisconsin on the international map. While still in the planning phase, the organization expects a pep rally and meet-ups.

"We have no idea if or when this will happen again, so it will be a unique opportunity," said Nick Meisner with Discover Green Bay. "We want to see the Packers fans travel in full force and really bring Wisconsin to Europe."

Further details about the game in London, including fan engagement activities, will be announced at a later date. Fans wishing to receive the latest news about this year’s NFL international games, including ticketing updates, should register on the NFL's website. 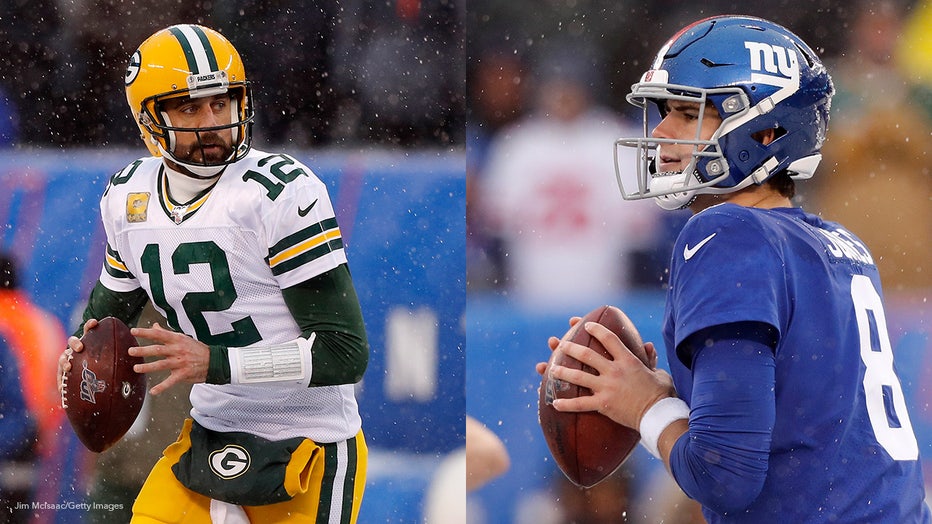 More information about how the enhanced NFL schedule and the international games impact Season Ticket Holders is available at packers.com/tickets.

As the game is a neutral-site international contest, the Packers will have an extremely limited number of tickets available for Packers season ticket holders to purchase through a drawing. The prices and seat locations of the tickets have not yet been determined. The full 2022 Packers schedule will be announced in conjunction with the NFL schedule release on May 12.

The Packers ticket office will send a survey to Packers season ticket holders who are opted in to receive promotional emails, inviting them to enter into the drawing for the opportunity to purchase tickets. Season ticket holders who did not receive the survey via email are reminded that they must be opted in to receive promotional emails in order to receive such communications.

Season ticket holders can log in to their "My Packers Account" to opt in to receive promotional emails and to answer the international game ticket drawing survey online. Similar to the drawing held in advance of a potential Super Bowl berth, the season ticket holders who respond "yes" to the survey will have their names placed into a drawing; those selected in the drawing will have the opportunity to purchase a limited number of tickets.

Because the game will not be played at Lambeau Field, it will be considered a neutral-site international game. The normal allotment of regular-season games will be designated for Green (six) and Gold (two) package ticket holders. Additionally, the international game designation will leave Green Bay with one preseason game, which will be designated to the Green package for the 2022 season. Overall, nine games (eight regular season and one preseason) will be played at Lambeau Field in 2022. Ticket invoices for Packers Season Ticket Holders, which will be sent in the next couple weeks, will reflect this international game scenario.