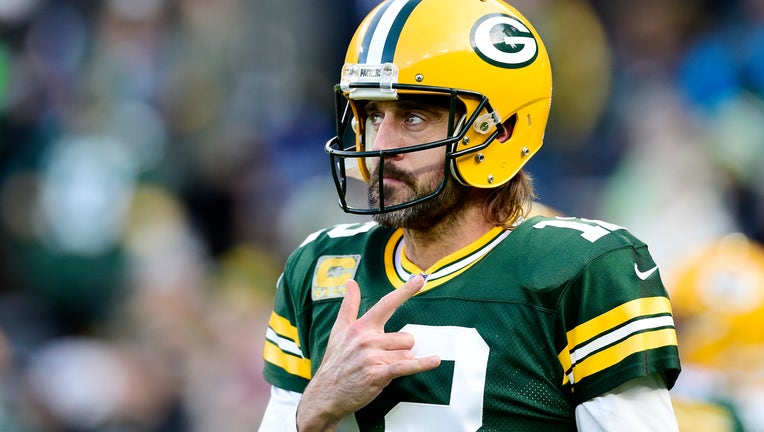 GREEN BAY, WISCONSIN - NOVEMBER 14: Aaron Rodgers #12 of the Green Bay Packers looks on before the game against the Seattle Seahawks at Lambeau Field on November 14, 2021 in Green Bay, Wisconsin. (Photo by Patrick McDermott/Getty Images)

GREEN BAY, Wis. - Aaron Rodgers was uneven in his return from COVID-19 but did more than enough to support a standout Green Bay Packers defense in a 17-0 victory over the Seattle Seahawks on Sunday.

A.J. Dillon rushed for two fourth-quarter touchdowns for the Packers, who handed the Seahawks their first shutout loss in a decade.

A week after he was forced to sit out a loss at Kansas City because of a positive COVID-19 test and the subsequent revelation that he was not vaccinated, Rodgers went 23 of 37 for 292 yards and threw an interception in the end zone in the third quarter.

Rodgers did not practice all week and was cleared to play Saturday under the NFL's protocols for unvaccinated players. The QB said before the season he was "immunized," and after his positive test, he detailed in an incendiary radio interview his reasons for seeking alternatives to vaccination and his skepticism about the shots' effectiveness. Rodgers later apologized for the misleading statement about his vaccination status.

Although Rodgers was hardly at his best, his return made this much clear: With him, the Packers (8-2) are among the best teams in the NFC and a Super Bowl contender.

Seattle's Russell Wilson also struggled in his return after missing three games with an injury to the middle finger on his throwing hand. He went 20 of 40 for 161 yards with two interceptions. The Seahawks (3-6) wasted two scoring opportunities when Kevin King and Adrian Amos picked off Wilson passes in the end zone.

Seattle wide receiver DK Metcalf was ejected with 1:19 remaining following a skirmish after the whistle that resulted in penalties for both teams. Metcalf appeared to grab the face mask of at least one Packers player.

Seattle has lost its last 10 games at Lambeau Field, including three in the playoffs, and hasn't won at Green Bay since 1999. 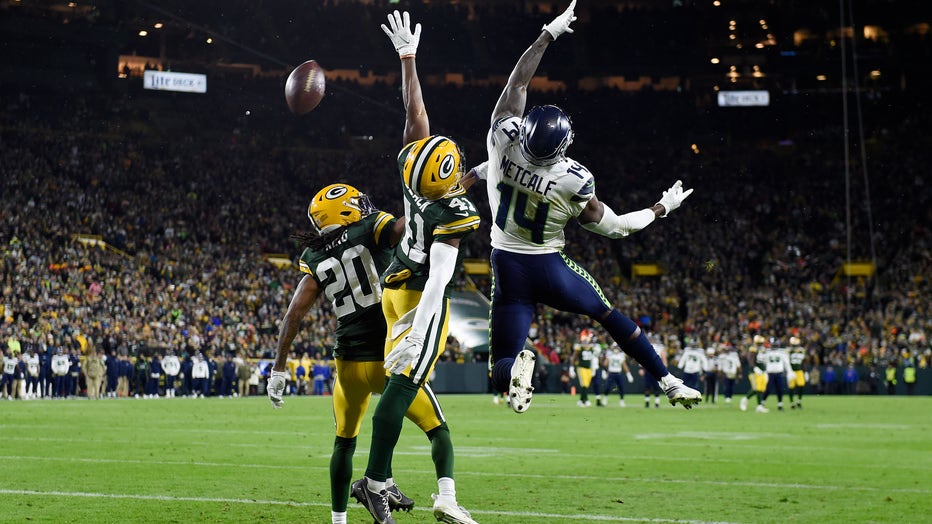 GREEN BAY, WISCONSIN - NOVEMBER 14: DK Metcalf #14 of the Seattle Seahawks is unable to complete a catch against Henry Black #41 of the Green Bay Packers to end the first half at Lambeau Field on November 14, 2021 in Green Bay, Wisconsin. (Photo by P

Green Bay’s 3-0 lead heading into the fourth quarter matched the second-lowest score through three quarters of any NFL game since 2008. Dallas and Philadelphia were scoreless through the third quarter of a 2017 game that Dallas eventually won 6-0.

With 2020 Pro Bowl running back Aaron Jones sidelined by a knee injury in the second half, Dillon carried the Packers’ rushing attack down the stretch.

On third-and-goal from the 3, Dillon ran into Bobby Wagner around the line of scrimmage but essentially carried the six-time All-Pro linebacker into the end zone for his first touchdown run of the season. That extended Green Bay’s lead to 10-0 with 10:37 left. 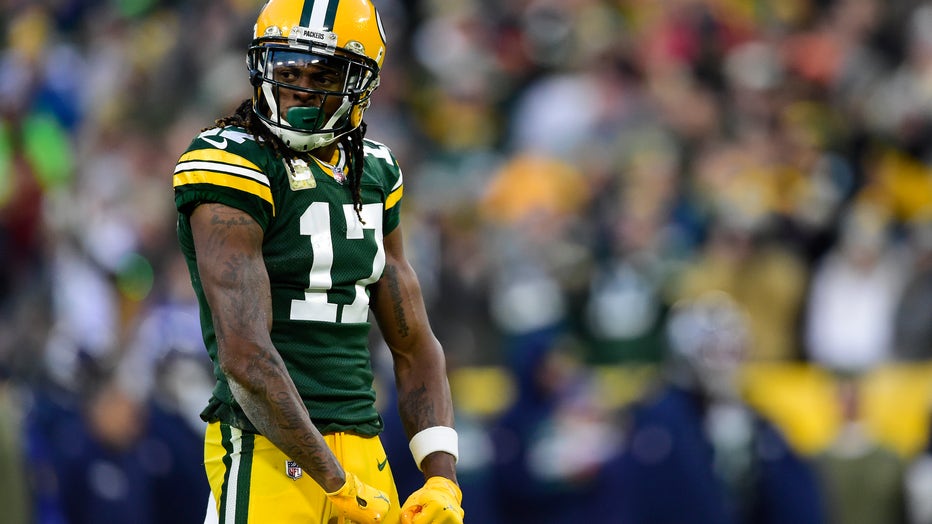 GREEN BAY, WISCONSIN - NOVEMBER 14: Davante Adams #17 of the Green Bay Packers celebrates a catch during the first half against the Seattle Seahawks at Lambeau Field on November 14, 2021 in Green Bay, Wisconsin. (Photo by Patrick McDermott/Getty Imag

Dillon also scored on a 2-yard run with 2 minutes left after setting up that touchdown with a 50-yard reception. He rushed for 66 yards on 21 carries and had two catches for 62 yards.

Green Bay outgained Seattle 201 yards to 86 in the first half but failed to capitalize on scoring opportunities. Mason Crosby missed a 42-yard field goal and another possession ended with Rodgers throwing incomplete on fourth-and-2 from the 34.

Seattle drove to the Green Bay 35 in the closing seconds of the first half, but a holding penalty on Damien Lewis pushed the Seahawks out of field-goal range and Wilson's Hail Mary attempt was incomplete.

With Seattle down 3-0, Wilson threw a third-and-10 pass from the 12 that King intercepted in the end zone. On the ensuing drive, Jamal Adams picked off Rodgers’ third-and-6 pass from the 15.

In gun debate, Rittenhouse verdict unlikely to be last word

A jury will soon deliberate whether Kyle Rittenhouse is guilty of charges, including murder, for shooting three people in Kenosha, Wisconsin. Outside the courtroom, a debate already has played out across the country around the use of guns, particularly at protests over racial injustice and pandemic-related restrictions.