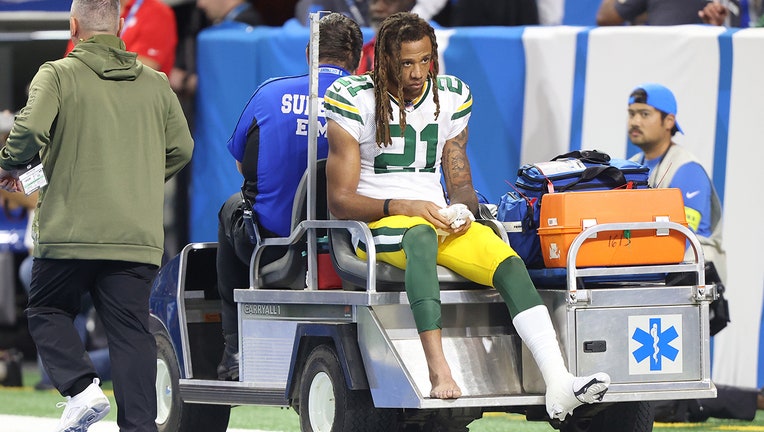 Green Bay Packers cornerback Eric Stokes taken off the field after an injury against the Detroit Lions on Nov. 6. (Photo by Jorge Lemus/NurPhoto via Getty Images)

"It’s looking unlikely, but I don’t have an exact update for that," LaFleur said Friday.

Stokes, a 2021 first-round draft pick, hurt his ankle and knee in the loss at Detroit. Packers outside linebacker Rashan Gary, who has a team-high six sacks, suffered a season-ending knee injury in the same game.

"It is what it is," Stokes said Wednesday. "That’s what I keep telling myself. Life happens. I know what I signed up for. So I know every chance I go out there, what I could be doing to myself."

Stokes had started each of the Packers’ nine games this season. He has started a total of 23 games since the Packers took him out of Georgia with the 29th overall selection in the 2021 draft.

The Packers (3-6) will be trying to snap their first five-game losing streak since 2008 when they host the Dallas Cowboys (6-2) on Sunday.