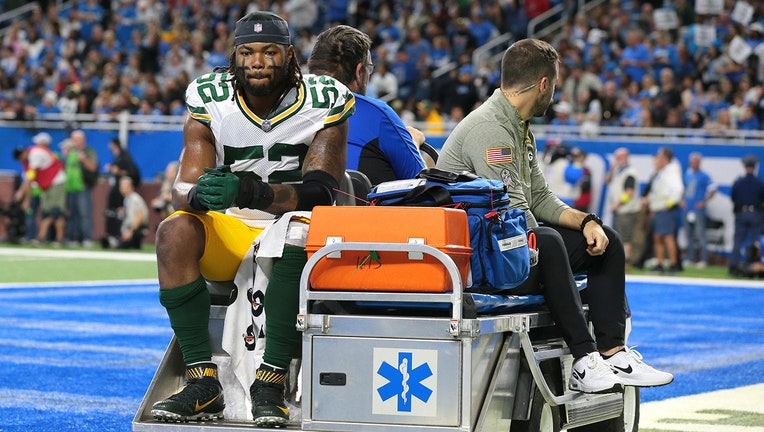 Rashan Gary taken off the field after an injury during a game against the Detroit Lions on Sunday, Nov. 6. (Photo by Jorge Lemus/NurPhoto via Getty Images)

On Monday, NFL Network reported that Gary suffered a torn ACL in the Packers' loss to the Detroit Lions and will miss the rest of the season. Head coach Matt LaFleur called it a "tremendous loss" for the team's defense.

Through nine games, Gary tallied team-best six sacks – putting him on pace for a career-best 11 over a 17-game regular season. He had 9.5 sacks last season, his first as a regular starter since being selected in the first round of the 2019 NFL draft out of Michigan.

Also on Wednesday, the team announced the signing of wide receiver Jeff Cotton to the practice squad. Originally signed as an undrafted free agent by the Los Angeles Chargers in 2020, Cotton most recently part of the Arizona Cardinals practice squad.