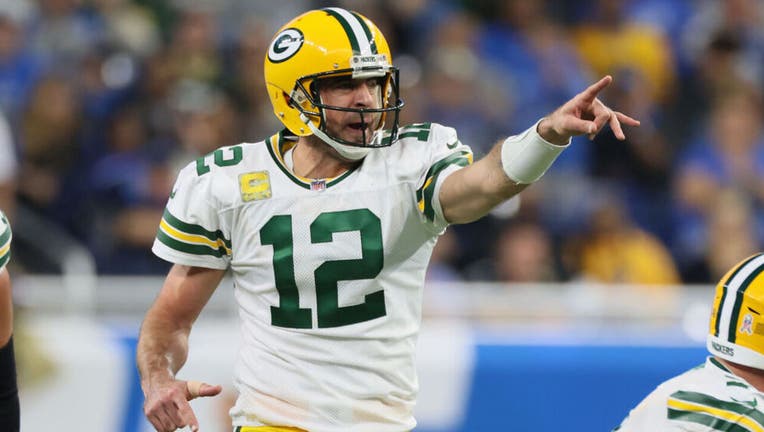 DETROIT - Aaron Rodgers matched a career high with three interceptions and threw an incomplete pass on fourth down from the Detroit 17 in the final minute, letting the Lions hold on for a 15-9 win over the Green Bay Packers on Sunday in a matchup of slumping teams.

The Packers (3-6) have lost five straight for the first time since 2008 when Rodgers, their four-time NFL MVP, was a first-year starter.

Detroit tried to seal the victory late in the fourth when coach Dan Campbell went for it on fourth-and-3 from the Green Bay 43. Jared Goff’s pass was incomplete.

Rodgers failed to take advantage. He did convert a fourth-and-2 with an off-balance lob to Samori Toure, who fumbled out of bounds at the Detroit 17.

Rodgers, the two-time reigning NFL MVP, threw four straight incomplete passes to end a lousy game overall. He was 23 of 42 for 291 yards with a TD and had three interceptions for the fifth time in his career.

Goff was 14 of 26 for 137 yards with touchdown passes to Shane Zylstra and James Mitchell, a pair of tight ends that took advantage of an increased role after Detroit dealt standout tight end T.J. Hockenson to Minnesota.

Campbell desperately needed the win. The gambling coach made some calls that worked out and some that didn't.

He went for it on fourth-and-1 from the Packers 7 on the opening possession and turned it over on downs after Goff was hit as he tried to complete a pass.

Rodgers threw interceptions in the end zone on his first two possessions. Kerby Joseph picked off the first one on a deflected pass and Aidan Hutchinson intercepted the next on a fourth-down pass toward left tackle David Bakhtiari.

Campbell made a call on Green Bay's next possession that panned out, winning a challenge that overturned a Green Bay catch on fourth down.

Detroit took advantage, breaking a scoreless tie with Goff's 1-yard touchdown pass to an elevated Zylstra early in the second quarter. Jamaal Williams ran for a 2-point conversion after a running-into-the-kicker penalty.

Goff threw an interception early in the third quarter and Rodgers gave it back two snaps later, getting picked off at the Lions 3 by Joseph again.

Rodgers responded with a 20-yard touchdown pass to Allen Lazard, but his 2-point conversion pass to him was broken up by Jeff Okudah, allowing the Lions to lead 8-6.

Green Bay stalled at the Lions 7 on the ensuing drive and had to settle for Mason Crosby's 25-yard field goal that cut its deficit to six midway through the fourth quarter.