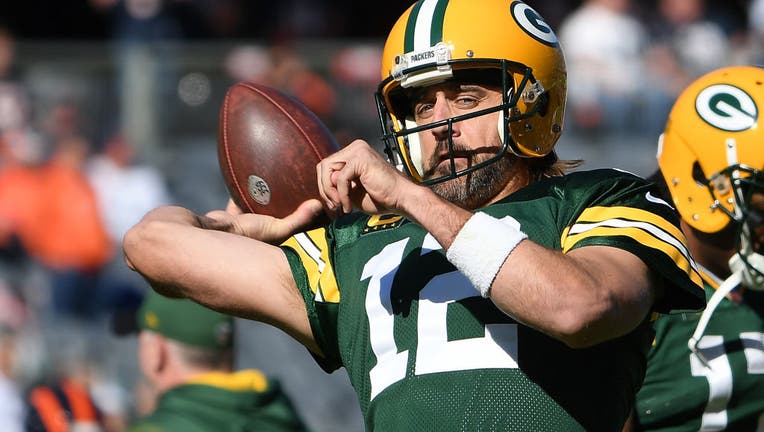 CHICAGO, ILLINOIS - OCTOBER 17: Aaron Rodgers #12 of the Green Bay Packers warms up before a game against the Chicago Bears at Soldier Field on October 17, 2021 in Chicago, Illinois. (Photo by Quinn Harris/Getty Images)

After the reigning NFL MVP scored on a 6-yard rushing touchdown with 4:30 to go in the fourth quarter against the Chicago Bears on Sunday afternoon, he decided to let out a few choice words for the home fans at Soldier Field.

"I've owned you all my f---ing life!" Rodgers shouted with his teammates surrounding him after the touchdown. "I own you, I still own you."

For a brief moment, Rodgers was even listed on Wikipedia as the Bears' team owner.

After the game, Rodgers explained what happened after the score.

"I looked up in the stands and in the front row all I saw was a woman giving me the double bird," Rodgers said. "So, I’m not sure what came out of my mouth then."

Rodgers completed 17 of 23 passes for 195 yards and two touchdowns. He added 19 yards on the ground with the one rushing score in the Packers’ 24-14 victory over their NFC North rivals to improve to 5-1 on the season.

It was Rodgers’ 27th matchup of his career against the Bears.