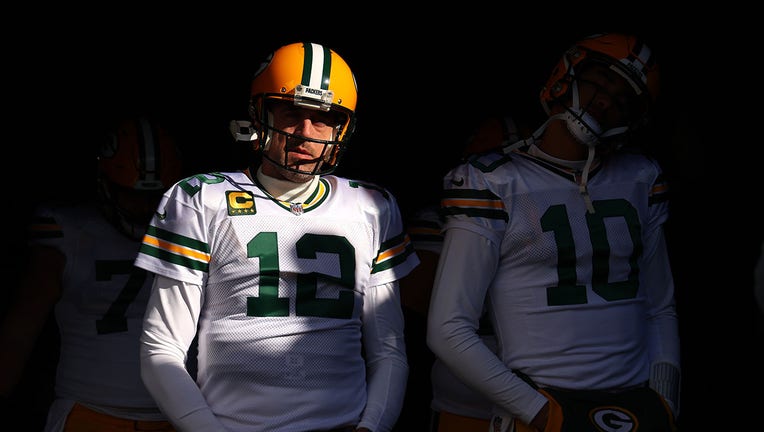 Aaron Rodgers and Jordan Love take the field before a game against the Chicago Bears on Dec. (Photo by Michael Reaves/Getty Images)

GREEN BAY, Wis. - A day after Aaron Rodgers said returning for a 19th season with the Green Bay Packers will require a "mutual desire on both sides", his general manager agreed with the franchise quarterback.

"Surely, yeah," GM Brian Gutekunst said on Monday, a day after a 28-19 victory at the Chicago Bears moved the Packers to 5-8.

Even with Jordan Love waiting in the wings, the Packers want Rodgers back.

"We made a big commitment to him this offseason (with a contract extension), so that was obviously something that was really important to us." 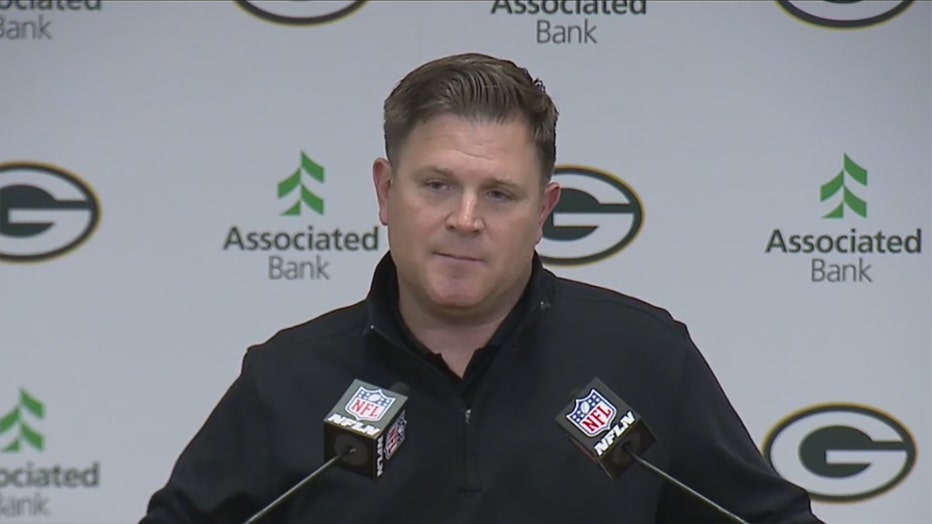 Gutekunst said he and Rodgers have not discussed the four-time MVP’s future, their regular conversations instead focusing on the current team.

"I think with what he’s accomplished here, what he’s done for this organization, that is certainly something we’ll sit down together and work through as we get through the offseason," Gutekunst said.

There are a few realities at play for the Packers entering an offseason that could start earlier than usual given their playoff prospects.

First, having turned 39 on Friday, will Rodgers have the desire to play another season?

Second, the reigning back-to-back MVP is having a subpar season by his standards. Are his struggles because of the broken thumb sustained in Week 5 and changes at receiver following the offseason trade of All-Pro Davante Adams?

Third, Love – whom Gutekunst traded up to select in the first round of the 2020 draft – will be entering the final season of his four-year rookie contract next year. With the Packers having fallen out of Super Bowl-contending status this season, will this be the offseason to start anew? 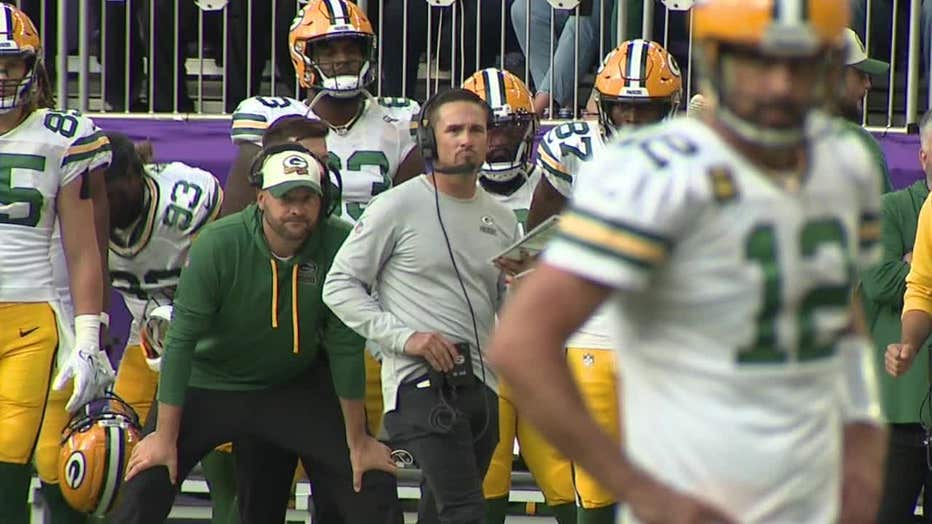 Matt LaFleur looks on as Aaron Rodgers and the Packers face the Vikings on Sept. 11, 2022.

If at some point the Packers are mathematically eliminated from playoff contention, Rodgers was open to stepping aside so Love could start the final few games.

"I’d love to finish the season out, but I understand this is a business and they might want to see some younger guys play," Rodgers said last week. "Hopefully, we don’t have to have that conversation but, if that conversation comes up, I’ll approach that with an open mind and without any bitterness or resentment."

For Gutekunst’s part, he said he doesn’t need to see Love play this season to determine whether he should flip the switch on Love’s fifth-year option. That must be done by May 1 – the Monday after the 2023 draft. Under the option, Love would be playing in 2024 under a guaranteed one-year deal worth about $20 million.

With three years on the roster, two years running the scout team against the No. 1 defense and significant playing time against the Chiefs and Lions last year and the fourth quarter against the Eagles this year, the team believes it has a firm grasp on what Love could offer as a starter.

"We’re really pleased with his progression and what he’s been able to do," Gutekunst said. "I think that it would be really good for him, the growth that you need to go through, seeing things for the first time, making those mistakes that you need to make. But I think from our end of it, we’ve seen what we need to see."

For Green Bay and its quarterbacks, the challenges are coming full circle.

Rodgers initially bristled when the Packers – fresh off an appearance in the 2019 NFC championship game – selected Love in 2020. 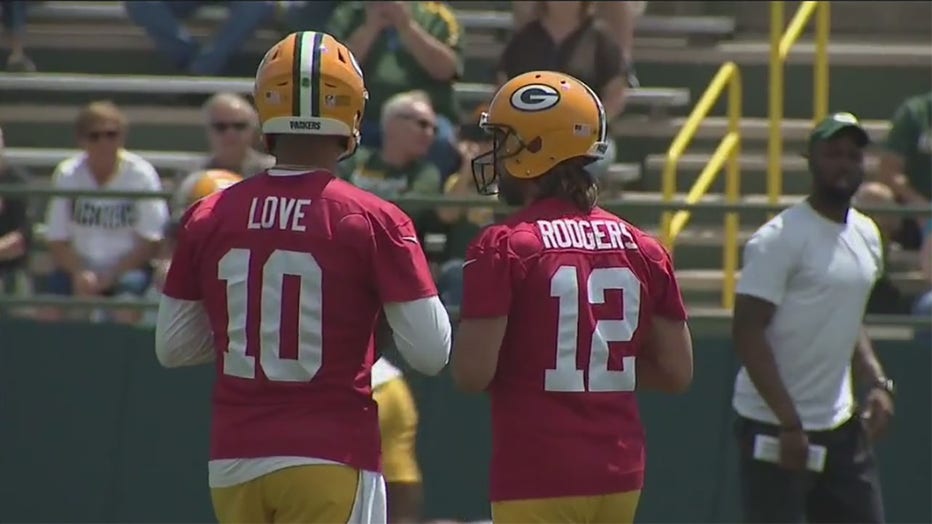 They’ve become "good friends," as Rodgers put it last week, with the veteran taking pride in Love leading the Packers to 10 points in two possessions against the Eagles.

While those early challenges have been soothed with time, new hurdles await with Rodgers’ uncertain future and Love’s contract.

Those decisions beat the alternative.

"We’re fortunate to have two really good quarterbacks and, as we move into that time period, we’ll make those decisions as we go," Gutekunst said. "But as I’ve been taught from the time I walked into this building, ‘Whatever comes with having great quarterbacks, it’s worth it.’"