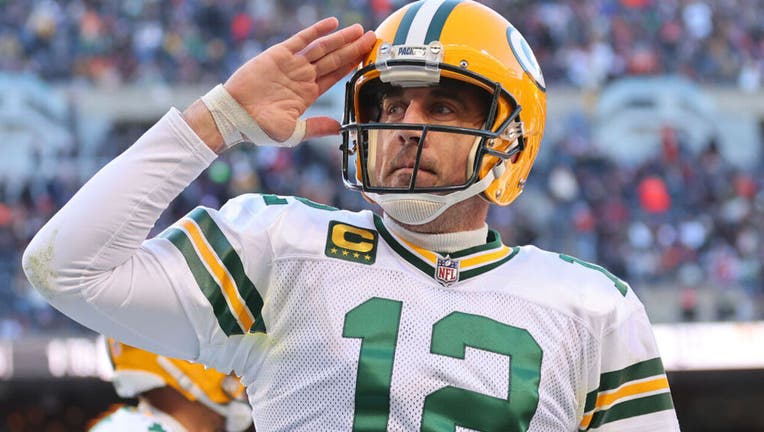 The Packers (5-8) looked like they were on their way to another loss after dropping seven of eight, trailing 19-10 through three quarters. But they made enough plays down the stretch to come away with their eighth straight win over the Bears (3-10), who lost their sixth straight.

AJ Dillon ran for a 21-yard touchdown in the opening minute of the fourth and Mason Crosby kicked a 32-yard field goal to give Green Bay a 20-19 lead with just under five minutes left.

The Bears drove to the Packers 33 before Alexander stepped in front of a pass intended for Equanimeous St. Brown. Three plays later, Watson sprinted untouched to the end zone, and Rodgers completed a 2-point conversion pass to Mercedes Lewis. That made it 28-19 with 1:51 remaining.

Fields was then intercepted at the Green Bay 5 by Keisean Nixon.

Rodgers, who exited last week’s loss to Philadelphia with a rib injury and has been dealing with a broken thumb since early October, improved to 25-5 against Chicago counting the playoffs. The four-time MVP completed 18 of 31 passes for 182 yards and a touchdown.

Dillon ran for 93 yards, and the Packers moved ahead of Chicago for the NFL lead in regular-season wins with 787.

Fields, who missed last Sunday's game with an injury to his non-throwing shoulder, ran for a 56-yard touchdown in the second quarter and finished with 71 yards on six attempts. That gave him six straight games rushing for at least 50 yards and one TD, the longest such streak by a Bear since Gale Sayers had six in a row in 1969.

Fields also threw a 56-yard pass to St. Brown that set up a 7-yard TD run by David Montgomery that made it 16-3 in the second quarter. Fields was 20 of 25 for 254 yards but threw two interceptions.

The Bears led 19-10 with 1:50 left in the third after Cairo Santos kicked a 28-yard field goal. The Packers pulled within two in the opening minute of the fourth on a 21-yard run by Dillon to cap a four-play, 82-yard drive aided by a pass-interference penalty against Jaylon Jones.

Santos then had a 40-yard field goal attempt blocked, keeping it a two-point game.

Crosby nailed a 32-yarder to give the Packers a 20-19 lead with 4:49 remaining after Rodgers failed to squeeze a 14-yard pass to Robert Tonyan in the end zone.