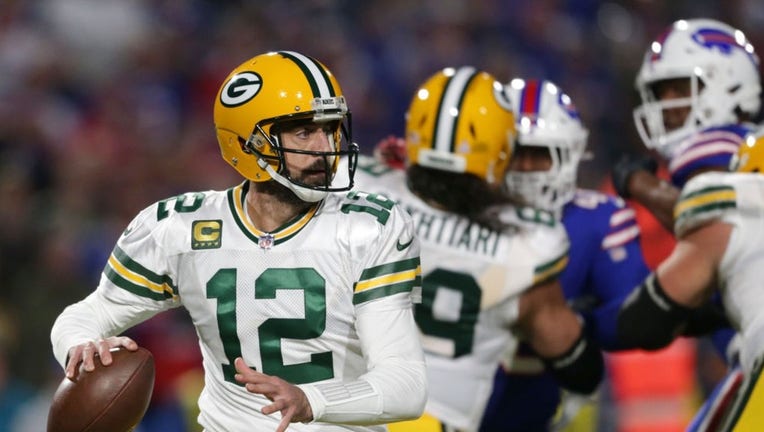 During Monday’s broadcast of ESPN’s "First Take," Irvin lamented the Packers' struggles but made a comparison with how the Buffalo Bills have built their offense around Josh Allen while the Packers did away with Rodgers' best weapon in Davante Adams.

"I’m starting to really believe there’s something here," Irvin said. "You go back-to-back MVPs … this dude went back-to-back MVPs and you take away his best target. You’re playing a guy like Josh Allen, [the Bills are] all in on Josh Allen. They went and got him players. They went and got him Stefon Diggs and then Gabe Davis. I don’t see [the Packers] doing this for Aaron Rodgers."

He continued: "I’m starting to think some kind of conspiracy theory is going on here. … He’s coming off of back-to-back MVPs. How are we going to minimize a back-to-back MVP [winner]? It’s something personal going on in Green Bay."

"I’m just saying, there’s no way you get this guy and you put him in that situation. ... I don’t know how they came into this season thinking that they got the back-to-back MVP and what they gave him is good enough."

The Packers lost four straight for the first time since 2016 after suffering a 27-17 loss to the Bills. Rodgers has been vocal about his frustrations with the offense and Sunday night was no different.

"We’ve got to help our defense out a little better early in the game," Rodgers said. "When we went on a run back in ’16, we started those games faster so we could play more one-dimensionally on defense. We just haven’t done that. We haven’t put up any points early in games to get our defense to have a chance to pin their ears back and get after the passer."

The Packers third double-digit loss this year matches the most they’ve had in a full season with Rodgers at quarterback. The five losses mark the most they've had in one season under coach Matt LaFleur since he took over in 2019 and the most since a 6-9-1 finish in 2018.

"I knew the Packers were going to have a tough go, but no one expected them to be here at this place right now with what they look like on the football field," Irvin said.