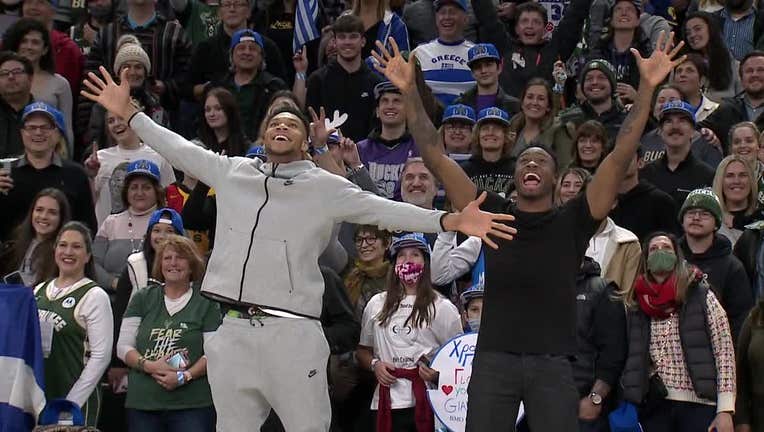 NEW YORK - Giannis Antetokounmpo will team up with two of his brothers to compete in a revamped Skills Challenge during the NBA's All-Star Saturday night.

The event is now a team format and the NBA Finals MVP from the Milwaukee Bucks will take part in it along with brothers Thanasis, who also plays for the Bucks, and Alex of the NBA G League’s Raptors 905.

The NBA also announced the competitors for the slam dunk and 3-point contests that will take place Feb. 19 in Cleveland.

Three teams will compete in the Skills Challenge, which combines shooting, passing and dribbling. All-Star Darius Garland, rookie Evan Mobley and Jarrett Allen will represent the host Cavaliers, while No. 1 pick Cade Cunningham of Detroit, Scottie Barnes of Toronto and Josh Giddey will comprise the rookie team.

All-Stars Trae Young of Atlanta, Zach LaVine of Chicago, Karl-Anthony Towns of Minnesota and Fred VanVleet of Toronto are in the 3-point contest along with Brooklyn's Patty Mills, Desmond Bane of Memphis, Luke Kennard of the Clippers and CJ McCollum, who Portland agreed to trade to New Orleans on Tuesday.