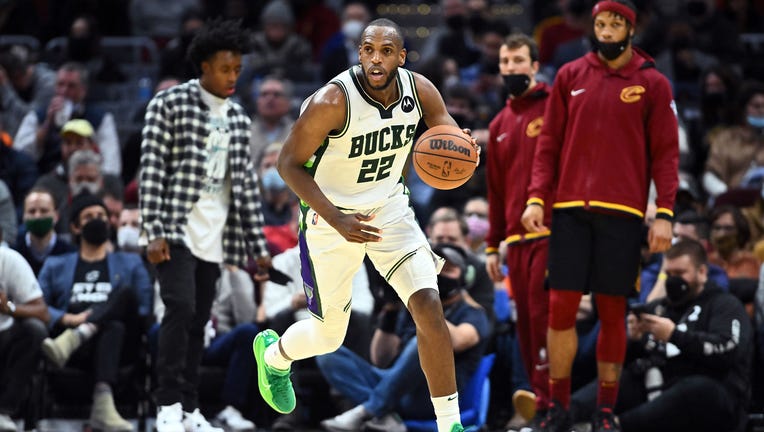 Khris Middleton brings the ball up court against the Cleveland Cavaliers. (Photo by Jason Miller/Getty Images)

This marks the third career All-Star selection for Middleton, who will join teammate Giannis Antetokounmpo at the NBA All-Star Game in Cleveland.

This is the third time that both Middleton and Antetokounmpo have been selected to the All-Star Game in the same season, becoming the first Bucks duo to appear in three All-Star Games together.

Middleton and Antetokounmpo previously appeared in the 2019 and 2020 NBA All-Star Games, with this marking the 15th time in franchise history that Milwaukee has had multiple representatives in the All-Star Game.