Some Milwaukeeans are not happy with ESPN’s show called ''First Take.'' During an episode, the hosts talked about Milwaukee – and not exactly in a positive manner.

MILWAUKEE - Some Milwaukeeans are not happy with ESPN’s show called "First Take." During an episode, the hosts talked about Milwaukee – and not exactly in a positive manner.

When Stephen A. Smith was asked if he wanted to travel to Milwaukee, his response was, "Hell no." 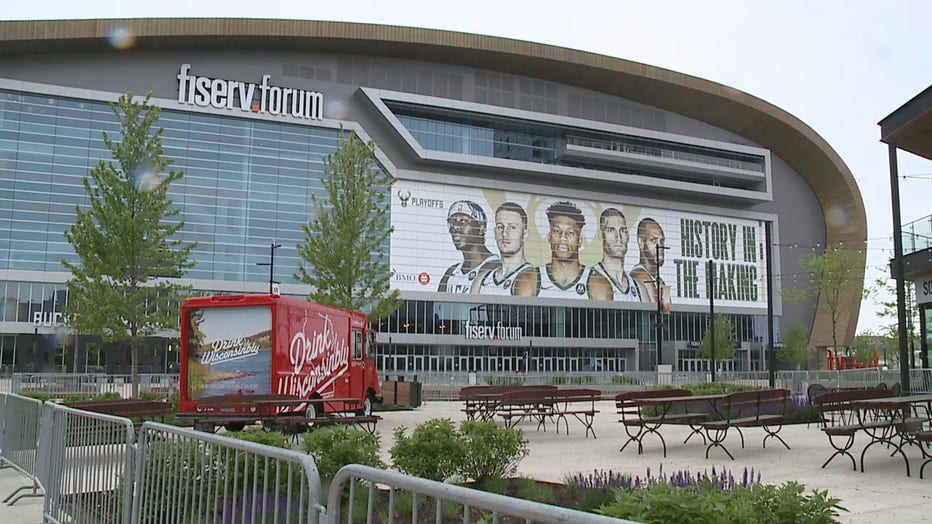 Laughter ensued and host Molly Qerim Rose followed up with, "The one time I didn’t go to the Super Bowl, it was Minnesota and this is the first year, I’m not sure what our plans are for "First Take" but I don’t think we’re going, Max and I, we’ll see and it’s going to be terrible cities."

The Bucks responded on Wednesday with a tweet saying, "There's a reason people are moving to this welcoming gem of a city in record numbers. Oh, by the way, Milwaukeeans are very nice."

Milwaukee Common Council President Cavalier Johnson did not take kindly to the words of the ESPN hosts.

"What they said, I think, was out of line. Especially for hosts like that. You know, we are putting a lot of energy and effort into rebuilding this city and making it a vibrant place where folks want to live, work, raise a family," Johnson said.

"I think we at VISIT Milwaukee speak for most locals who would say absolutely not. Not a terrible destination by any stretch of the imagination in fact we think we are pretty wonderful," said Claire Koenig, VISIT Milwaukee's Communications Director, who said the city has a lot to offer. "Milwaukee is a destination that punches above its weight. Surely we are not the most populous city of any of the remaining destinations left in the playoffs. But we’ve got these world-class amenities."

"Everybody that knows me know knows I can't stand cold weather and the fact of the matter is, when it comes to Milwaukee, I think about cold weather."

Smith went on to say the Bucks are a first class organization, he loves Bucks plaza and Fiserv Forum is spectacular.

The Bucks face the Atlanta Hawks in the Eastern Conference Finals.

A petition to ban Stephen A. Smith and "First Take" from the NBA finals in Milwaukee has already collected thousands of signatures.

The Bucks are preparing for the Eastern Conference Finals at Fiserv Forum; a bigger stage with bigger expectations.