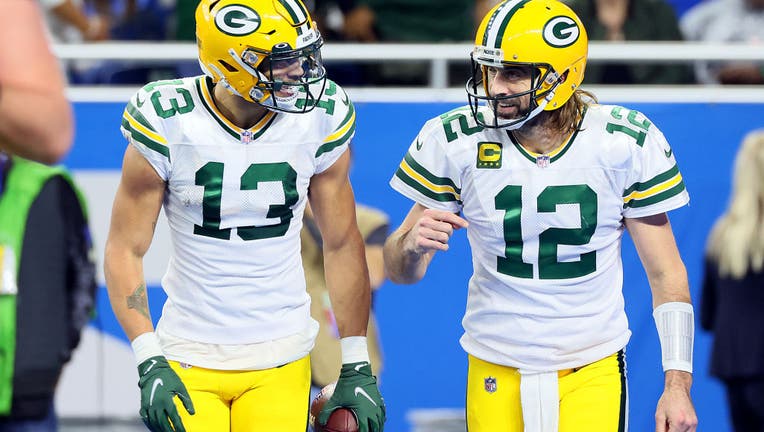 GREEN BAY, Wis. - Green Bay Packers wide receiver Allen Lazard enters the final year of his contract knowing he will probably get more targets than ever now that former teammate Davante Adams is with the Las Vegas Raiders.

That should give Lazard more incentive than ever. Then again, he already needed tremendous drive just to survive in the NFL as an undrafted free agent from Iowa State.

Lazard was cut by the Jacksonville Jaguars as a rookie. He didn’t initially make the Packers’ 53-man roster the following year. Now he has a chance to emerge as the No. 1 receiver for a Super Bowl contender as the Packers adapt to life without Adams.

"I think it added maybe a little fuel to that fire, so to speak," Lazard said of Adams’ departure. "But it wasn’t like it ignited the flame."

Green Bay must find some additional firepower in its passing attack after losing Adams, who was traded to the Las Vegas Raiders for a first-round pick and second-round pick.

Adams’ 432 catches, 5,310 yards receiving and 47 TD receptions over the past four seasons led the NFL in all three categories. The Packers also lost deep threat Marquez Valdes-Scantling, who signed with the Kansas City Chiefs.

The Packers boosted their receiving depth by signing veteran free agent Sammy Watkins and drafting North Dakota State's Christian Watson in the second round, Nevada's Romeo Doubs in the fourth and Nebraska's Samori Toure in the seventh. Doubs has stood out thus far in training camp while Watson recovers from an offseason knee procedure.

But the most obvious candidate to grab a featured role is the 26-year-old Lazard, who set career highs with 40 catches for 513 yards and eight touchdowns last season.

"I really think Allen is ready to make a jump and be a No. 1 receiver," quarterback and reigning MVP Aaron Rodgers said.

Lazard has waited a decade for this moment.

"Since I was 16 years old, when I committed to Iowa State, this is the vision I saw, this is the vision I had," Lazard said. "I never knew how I’d get here. I didn’t know I’d have to go through Jacksonville and fight my way up the roster to get to this point. But I knew eventually that I would be here."

Lazard spent this offseason back in his home state working out at his alma mater.

He wanted to adopt the same mentality he had in college, when his Iowa State teams went a combined 8-28 his first three seasons before going 8-5 and winning the Liberty Bowl his senior year.

"The first three years we were terrible and I didn’t feel like I had the respect I deserved and I wanted," Lazard said. "Being back there, being back in that weight room, on that field, just grinding again in that same environment just put me back in that mind frame of just how I want to approach that year. I want to go out there and prove to everyone what my value and what my worth should be."

He means that in every respect.

"He has a lot to prove, I think, to himself and other people and maybe to the team as well," Rodgers said. "So I like a hungry Allen Lazard."

This situation may seem familiar to Packers fans.

Last year, Adams was in the final season of his contract when he produced a second straight All-Pro performance for the Packers and earned a five-year contract worth about $140 million from the Raiders. Lazard was asked how it feels to kind of be in the same boat, with an opportunity to play his way into a big contract.

Not too long ago, Lazard was simply trying to stay afloat.

Despite setting career records in catches and yards receiving at Iowa State, Lazard went undrafted. He signed with Jacksonville, got cut in the preseason and spent most of his rookie year on Green Bay’s practice squad.

Lazard eventually worked his way into a starting role and earned praise for his downfield blocking. He wants to take another leap this year while utilizing all he learned from Adams.

"It was just his mentality of trying to prove to everybody how good he was," Lazard said. "He didn’t take a rep off. I think that’s something that I struggled with in college and as a younger guy, just trying to conserve my energy, my time and not understanding what the value of every play means to your career and to the team."

Now he understands. It's time to show how far he's come.