The Bucks capitalized on a rare opportunity to pick in the first round of the draft by taking NBA G League Ignite wing MarJon Beauchamp with the 24th overall selection Thursday night.

Beauchamp, who is 6'5" tall, averaged 15.1 points and 5.8 rebounds for the Ignite this season. That was the latest step in his circuitous path to the NBA, which included stops at four different high schools and Yakima (Washington) Valley College. 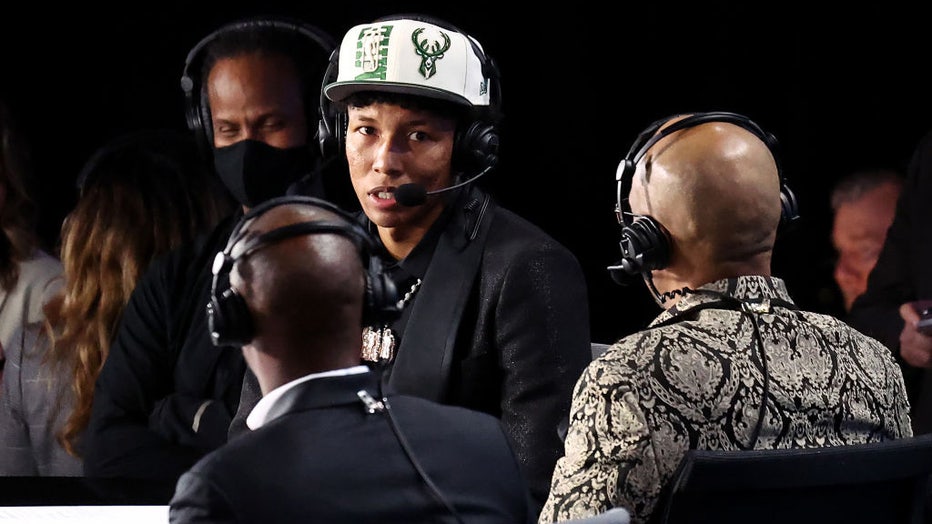 NEW YORK, NEW YORK - JUNE 23: MarJon Beauchamp is interviewed after being drafted 24th overall by the Milwaukee Bucks during the 2022 NBA Draft at Barclays Center on June 23, 2022 in New York City. (Photo by Arturo Holmes/Getty Images)

The 21-year-old has a 7'1" wingspan and is regarded as a strong defensive player. He was the second Ignite player to get drafted, as Dyson Daniels went eighth overall to the New Orleans Pelicans.

Assuming Beauchamp stays with the Bucks, it would mark the first time the Bucks have made an opening-round pick that they’ve kept beyond draft night since taking Donte DiVincenzo out of Villanova with the 17th overall selection in 2018.