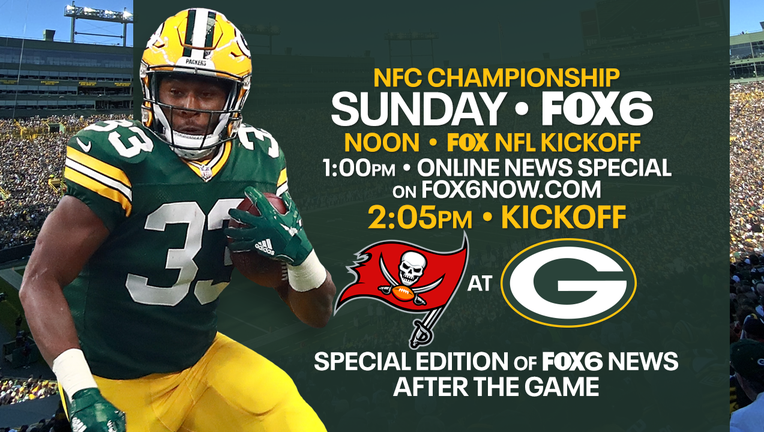 GREEN BAY, Wis. - A trip to the Super Bowl is on the line when the Tampa Bay Buccaneers fly to Green Bay to take on the Packers on Sunday, Jan. 24 at Lambeau Field. It's a game you can see only on FOX6 -- with kickoff happening just after 2 p.m.

Join us early -- because the FOX NFL Kickoff begins at noon. We'll also have an online news special beginning at 1 p.m. only on FOX6Now.com, the FOX6 News app, and FOX6 News Milwaukee on Facebook.

This will be just the second time Green Bay and Tampa Bay have played in the postseason. The only other meeting took place in the 1997 Divisional Playoff, with the Packers winning, 21-7, at Lambeau Field. 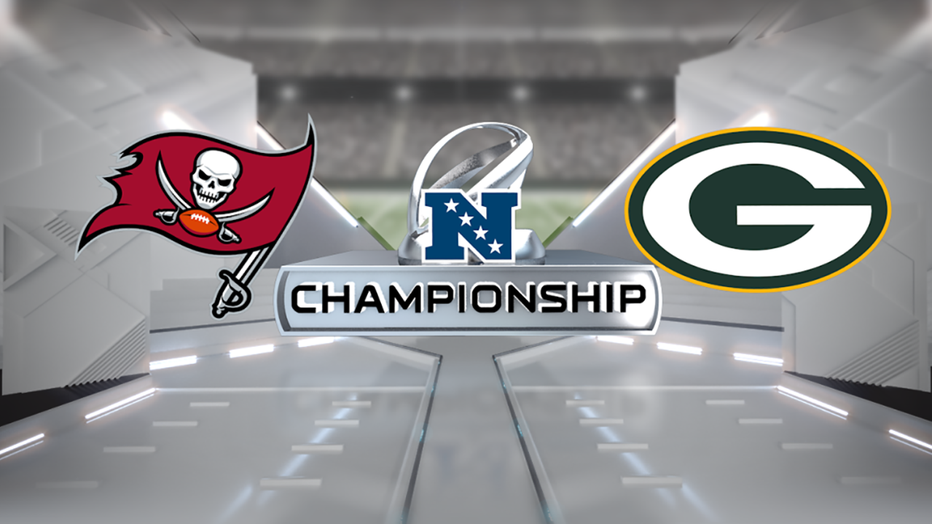 According to Packers.com, this will mark the first postseason matchup between teams who are led by Aaron Rodgers and Tom Brady. Rodgers ranks No. 2 in NFL history with eight games with multiple touchdown passes and zero interceptions in 19 starts while Brady holds the No. 1 spot with 13 games in 43 starts.

It will be the fourth time that Rodgers and Brady have faced off as starting quarterbacks, with Brady's teams holding a 2-1 advantage.

Back in the NFC Championship

Sunday will be the ninth time Green Bay has played in the NFC title contest since the 1970 AFL-NFL merger.

It will be the third time (2007 and 1996) that Lambeau Field will host the NFC Championship.

Sunday marks the first time since 1995-97 that Green Bay has appeared in consecutive NFC title games.

For the conference championship game, 6,500 tickets are up for grabs. Season ticket holders who opted-in over the summer are eligible to buy them.

For the better part of a week, the printers have been going hard at Redwall Screen Printing in Oak Creek.