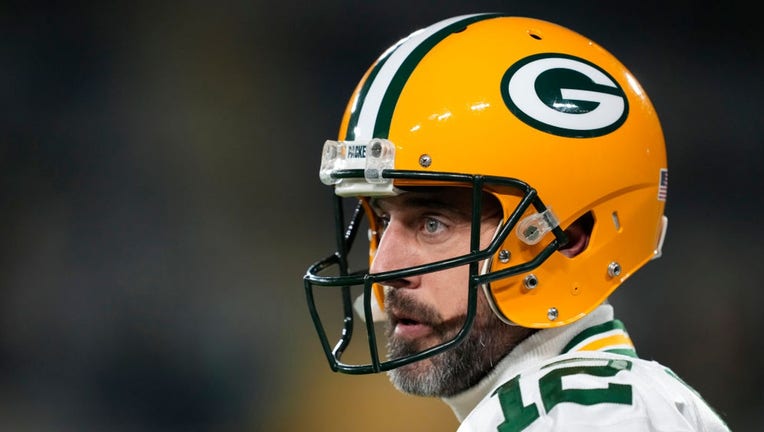 Aaron Rodgers #12 of the Green Bay Packers looks on prior to the game against the Tennessee Titans at Lambeau Field on November 17, 2022 in Green Bay, Wisconsin. (Photo by Patrick McDermott/Getty Images)

GREEN BAY, Wis. - Mark Green Bay Packers star quarterback Aaron Rodgers down as someone who hopes Twitter dies out like many have predicted since Elon Musk took over and made drastic changes.

Rodgers has always been one to speak his mind no matter the topic, whether it’s saying the NFL should move to all-grass fields, or even calling out his own teammates amid a turbulent 2022 season thus far.

But when approached with the question about his thoughts on Twitter, Rodgers was very blunt with his answer.

"I’ll probably be about as active as I’ve been on Twitter," Rodgers said via The Comeback, which is minimal usage of the social media platform. "I enjoy Instagram a little bit more. At this point. I look forward to the day I have no social media, which may be coming sooner than later. But at this point, I’m not gonna make any drastic social media changes."

Many people, including verified reporters, have already tried getting their following over to a different platform. For example, national MLB reporter Jeff Passan with ESPN has been breaking some news on Instagram.

On his own Twitter, Rodgers isn’t one to respond to sarcastic or hateful comments like NBA star Kevin Durant is known for among others. Instead, he keeps things very positive, promoting podcasts he’s on, sharing Packers content here and there and thanking people for having him at events.

His well-documented spiritual journey is found on his Instagram page instead.

Since his takeover, Musk has seen a massive amount of departures from Twitter’s staff, with many opting to leave the company after the billionaire installed policies they considered harsh. Employees stated that Musk asked them to commit to an "extremely hardcore" work ethic for the sake of the company. Those that exited, got a three months’ severance.

Throughout this turnover, Musk has used his own Twitter handle to mock those questioning his process, including clap backs at Alexandria Ocasio-Cortez, D-N.Y., and those journalists that are leaving for other platforms.

"Hope all judgy hall monitors stay on other platforms – please, I’m begging u," he tweeted on Monday.

But none of this back-and-forth with Twitter and its users will be bothering the future Hall of Fame quarterback at the end of the day. He will instead be focusing on his next opponent, the Philadelphia Eagles, on the road this upcoming Sunday.