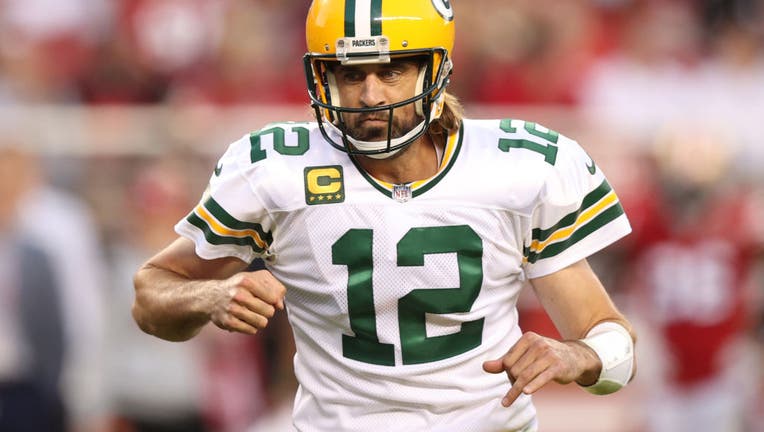 SANTA CLARA, CALIFORNIA - SEPTEMBER 26: Aaron Rodgers #12 of the Green Bay Packers celebrates after a touchdown during the second quarter against the San Francisco 49ers in the game at Levi's Stadium on September 26, 2021 in Santa Clara, California.

The reigning NFL MVP came under fire for his lackluster performance against the New Orleans Saints earlier this month in a game where he threw zero touchdown passes and two interceptions. Fast forward to last weekend and the conversation is dramatically different.

The 49ers were leading the Packers 28-27 when Rodgers went back out on the field with less than 40 seconds left to win the game --- more than enough time for the veteran.

"That's what I wanted to do," Rodgers said. "Drive your team down the field 92 yards and win a game."

But Sunday night’s victory was about more than silencing the haters.

He said, "It was a measuring stick for our football team, I think to see how we matched up against another really good football team and I'm proud of our guys."

Parenting in a pandemic: Back to school, but not back to normal

Students are back at school, but life in the classroom is not necessarily back to normal.