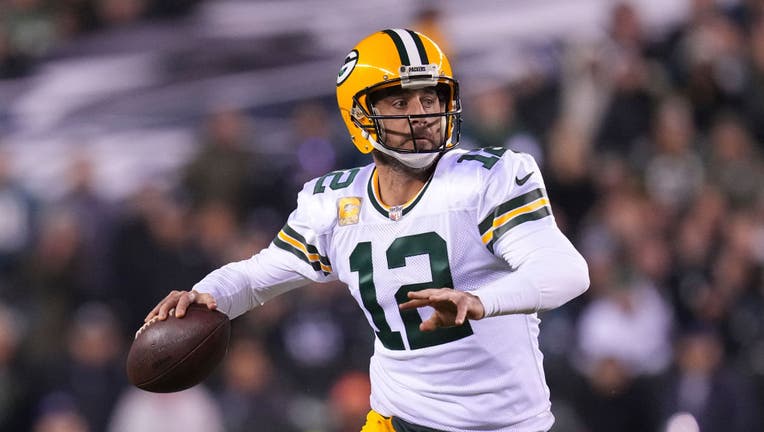 GREEN BAY, Wis. - Coming into the game against the Philadelphia Eagles, Green Bay Packers quarterback Aaron Rodgers was knowingly playing through a broken thumb that he said earlier in the week wouldn’t stop him from being out on the field.

What the Packers didn’t anticipate was Rodgers leaving the game early in the 40-33 loss with a rib injury, something that could keep him out in the coming weeks.

It’s not a definite, and telling from Rodgers’ press conference after the game, he wants to be back out on the field next week against the Chicago Bears.

"As long as I check out fine tomorrow, I’ll expect to play this weekend," he told reporters. "I might not be able to go Wednesday, but as long as there’s no major structural damage, I’ll go back out there."

Rodgers explained that it was a mixture of a clear shot to the ribs and landing on them on separate plays, one in the second quarter and once again in the third.

"Just having a hard time breathing and rotating my upper body," Rodgers said. "I was worried about a punctured lung as well, so wanted to get that checked out."

Luckily, the lung is fine, but Rodgers admitted the initial tests couldn’t show definitively that his ribs aren’t broken. More tests will be done on Monday to make sure the diagnosis is correct for the back-to-back NFL MVP.

At 4-8 now on the season, there’s also speculation on whether Rodgers wants to continue playing with playoff hopes dwindling with each loss. He even said the team might have to win their next five games and still need some help elsewhere around the league just to make a wild card berth.

But, as long as there’s hope, the 38-year-old signal caller wishes to be under center.

"I don’t really want to take my mind there, but as long as we’re mathematically alive, I’d like to be out there," he said.

Head coach Matt LaFleur added that Rodgers apologized to him because he couldn’t keep going in the game, but he didn’t want to hear it.

"This is one of the toughest dudes I’ve ever been around. I don’t ever question his toughness."

But LaFleur also didn’t want to speculate about his quarterback situation next week and moving forward, as Jordan Love could get his first start since Week 9 of the 2021 season – the only start of his career that began as the 26th overall pick of the 2020 NFL Draft.

"If Aaron is healthy and ready to go, I expect him out there," LaFleur said.

When Love entered the game in the fourth quarter for Rodgers, he quickly found budding star Christian Watson for a 63-yard catch-and-run. He would finish the game 6-of-9 for 113 yards with that touchdown pass.

"I’m not shocked that he went out there and played well and had great poised. We see this on a daily basis. People might not necessarily agree with that, but I see it every day," LaFleur said of Love.

Rodgers also said he was "proud" of what Love accomplished.

As for his thumb injury, Rodgers said that it felt better this week than it did last week, so that seems to be progressing as he continues to play through it.

But the Packers mind has shifted to the latest, more serious Rodgers ailment that may sideline him even if he doesn’t wish to be.