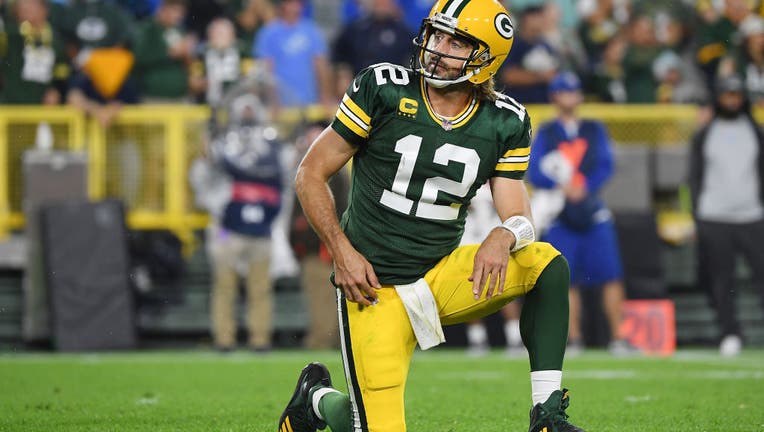 SAN FRANCISCO - Aaron Rodgers will lead the Green Bay Packers on the road against the San Francisco 49ers on Sunday night, but if he had it his way, the reigning NFL MVP would be wearing scarlet and gold.

The 49ers were Rodgers’ top landing spot amid the offseason drama that nearly saw him retire as the Packers repeatedly said they had no intention to trade him, the NFL Network reported.

Talks between 49ers coach Kyle Shanahan and Packers coach Matt LeFleur took place before San Francisco traded up to get the No. 3 pick in the 2021 NFL Draft, eventually selecting Trey Lance, the NFL Network reported. San Francisco traded for the Miami Dolphins’ No. 3 pick on March 26. It means that there were talks being held before the ESPN report dropped on draft day that Rodgers wanted out.

"There were points where I thought anything was possible. Definitely. But not a strong possibility," he told reporters.

Shanahan was asked Wednesday whether he would be laughed off the phone when he called LeFleur.

"Yeah, I thought it'd be a quick no. Which was exactly what I thought it would be. But you hear enough stuff and I think everyone knew what was going on at that time that it didn't seem like it was worth the call, but I know how we would've felt if it was going to happen and we didn't call. So, you call, you get a quick answer, which was what you're expecting, and then you move on," he said.

The drama between Rodgers and the Packers appeared to have died down for now. Rodgers renegotiated his contract in the offseason and may not be on the team beyond the 2021 season. For now, he and the Packers are focused on trying to get back to the Super Bowl.