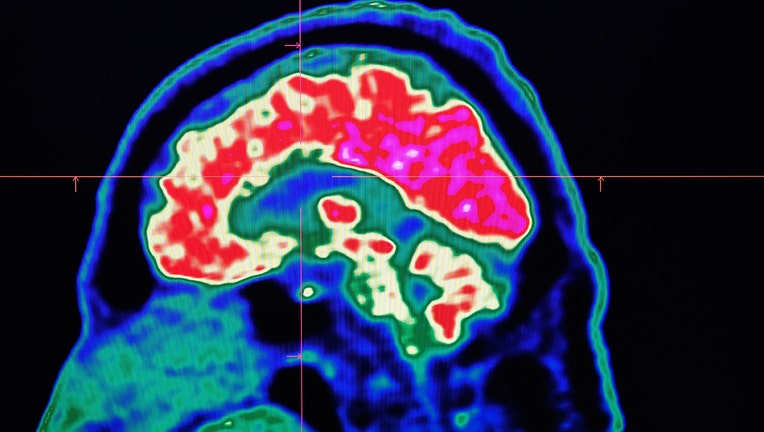 A picture of a human brain taken by a positron emission tomography scanner, also called PET scan, is seen on a screen on January 9, 2019. (Credit: FRED TANNEAU/AFP via Getty Images)

BERKELEY, Calif. - A new study shows that the human brain may actually live up to 15 seconds in the past.

According to the study, published in Science Advances, researchers analyzed the mechanism of "change blindness," which is when people fail to notice small changes over time.

"The brain automatically smooths our visual input over time. Instead of analyzing every single visual snapshot, we perceive in a given moment an average of what we saw in the past 15 seconds," co-authors Mauro Manassi and David Whitney wrote in The Conversation on Jan. 26. "In other words, the brain is like a time machine which keeps sending us back in time. It’s like an app that consolidates our visual input every 15 seconds into one impression so that we can handle everyday life. If our brains were always updating in real time, the world would feel like a chaotic place with constant fluctuations in light, shadow and movement. We would feel like we were hallucinating all the time."

To test this, the researchers recruited more than 1,500 participants and compared different conditions in different experiments. Each condition had around 50 participants.

The researchers found people are continuously biased toward the past and so the brain constantly sends them back to the previous 10 to 15 seconds, so the brain can help discern reality better.

"Our results provide a direct demonstration of the link between serial dependence in visual representations and perceived visual stability in everyday life," the co-authors wrote in the study.

Manassi and Whitney noted that there are positive and negative implications to our brain operating with this slight lag when processing our visual world.

"The delay is great for preventing us from feeling bombarded by visual input every day, but it can also risk life-or-death consequences when absolute precision is needed," they wrote.

Manassi told FOX that showing this effect with a face is the initial step in the study. They are currently trying to replicate this with other visual stimuli such as orientation and shapes. He said they are also further looking into the underlying neural mechanism of this illusion.