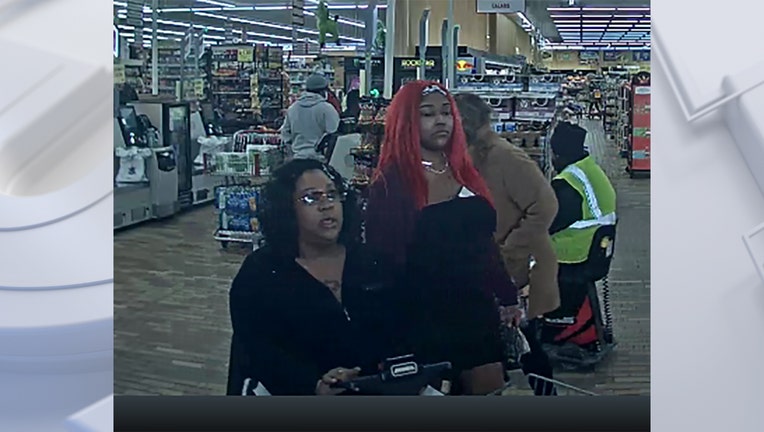 MENOMONEE FALLS, Wis. - The Menomonee Falls Police Department is looking for a woman suspected of stealing from Woodman's on Thursday afternoon, March 3.

Police described the suspect as having dark hair and glasses. She was driving a motorized cart, and allegedly failed to scan merchandise at the self-checkout aisle.

The woman with next hair next to the suspect has already been identified, police said.

Anyone with information is asked to call police at 262-532-8700. To make an anonymous tip, contact Waukesha County Crime Stoppers by calling 1-888-441-5505, at stopcrimewaukesha.com or through the P3 app.

Chilling surveillance shows what led up to a deadly shooting outside a Milwaukee bar near 6th and Cleveland Feb. 27. The video was played in court Thursday, March 10 as Tommy Bush pleaded not guilty to homicide and other charges.