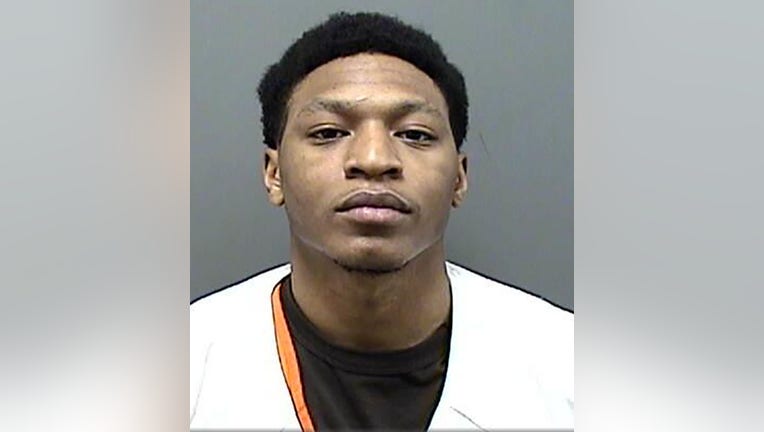 RACINE, Wis. - Racine County Sheriffs' deputies responded to Quarry Lake Park for a rescue call around 10:30 p.m. Saturday, April 17. An 18-year-old woman had fallen off the trunk of a car and was having a seizure.

Deputies determined that a white Chevy Malibu had been doing doughnuts in the parking lot and the Racine woman was riding on the trunk. She was thrown from the vehicle and hit her head on the pavement.

The operator of the vehicle was identified as Uriah Barry, a 20-year-old man from Racine.

A 15-year-old girl and a 19-year-old woman, both from Racine, had also been riding on the trunk. They did not fall off the vehicle and were not injured, according to a release.

The patient was transported to the hospital where she remains in serious, but stable condition.

Uriah Barry admitted to smoking marijuana and eating a THC edible prior to the incident. He was arrested and held at the Racine County Jail on the following charges:

3 dead, 2 injured in shooting at Kenosha bar; suspect at large

Three people are dead and two others are seriously injured following a shooting that happened at Somers House Tavern early Sunday. The shooting happened around 12:45 a.m., according to the Kenosha County Sheriff’s Department.

Domestic violence incident leads to double shooting on south side

Police are investigating a double shooting that happened near 33rd and Burnham around 9:30 p.m. Saturday.