MADISON, Wis. - The conservative-controlled Wisconsin Supreme Court agreed on Friday to hear arguments over the weekend on President Donald Trump's state lawsuit seeking to disqualify more than 221,000 ballots and overturn his loss to Democrat Joe Biden in the battleground state. 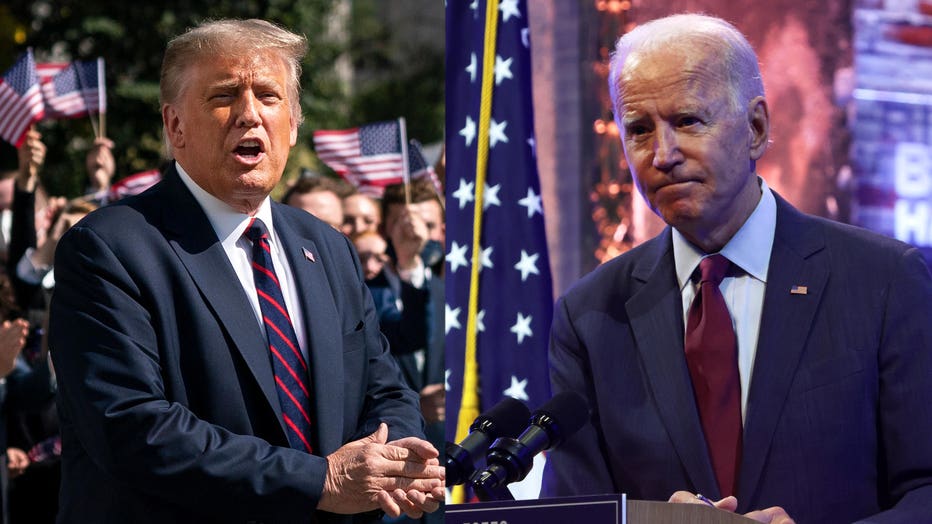 The court's decision to take the case, and to hear arguments on Saturday, came hours after a lower court judge ruled against Trump and said there was nothing illegal about the election or subsequent recount in the state's two largest counties. The fast action comes ahead of Monday's scheduled Electoral College vote.

Reserve Judge Stephen Simanek ruled against every argument Trump made challenging ballots in the state's two largest counties, saying the election was properly administered and that there was no wrongdoing as the president alleged.

“The bottom line here is that the court should do everything to ensure that the will of the voters prevail,” the judge said.

Trump quickly appealed the ruling. Trump's attorneys asked for a ruling no later than Jan. 6 when Congress meets to approve the Electoral College votes. Trump contends that is the “real deadline” for judicial action to overturn Wisconsin's electoral votes.

Trump's attorney said in the request that the campaign is asking his electors to cast their ballots for Trump on Monday and send them to Congress so, if a court intervenes in the meantime, the Trump votes would be counted instead of Biden.

A Biden campaign spokesman in Wisconsin had no immediate comment on Trump’s filing.

Trump also has a federal lawsuit in Wisconsin where the judge could rule as soon as Friday.

The Wisconsin Supreme Court court previously refused to hear Trump's state case before it went through the lower courts. A majority of justices have also openly questioned whether disqualifying the ballots, as Trump wants, would be appropriate.

Biden won Wisconsin by about 20,600 votes, a margin of 0.6% that withstood a Trump-requested recount in the state’s two largest counties, Milwaukee and Dane. Trump did not challenge any ballots cast in the counties he won.

Trump’s attorney Jim Troupis argued that clerks in Milwaukee and Dane counties were wrong to rely on guidance from the Wisconsin Elections Commission on absentee ballots. He argued that guidance, some of which had been in place for years or was modified in reaction to the coronavirus pandemic to make it easier for indefinitely confined people to cast ballots, contradicted state law.

Biden attorney John Devaney argued that everyone who voted in the presidential election did so “in full compliance of the laws that were in effect at the time of the election.” There is no evidence of fraud or illegal activity, he said. Devaney also said Trump “cynically” targeted ballots cast in Wisconsin’s two most urban, non-white counties for disqualification.

Devaney noted that no one challenged the laws that had been in place prior to this election, including Trump when he won the state in 2016.

The judge agreed with Biden's attorneys that Wisconsin law was followed during the election and recount.

Trump and his allies have suffered a series of defeats in Wisconsin and across the country in lawsuits that rely on unsubstantiated claims of widespread fraud and election abuse. A Trump-appointed federal judge in Wisconsin said Thursday that the president's lawsuit was “incredible,” “bizarre” and “very odd,” and that overturning the results would be “the most remarkable ruling in the history of this court or the federal judiciary.”

Also Friday, Republican-controlled committees in the state Legislature held an invite-only public hearing to accept testimony about the election. Republicans asked mainly conservative partisans to speak, including a Milwaukee talk radio host, but not the state's top elections official or the head of elections in the city or county of Milwaukee. Democrats decried the hearing as a farce and stopped participating after about three hours of testimony.

Wisconsin’s Electoral College members will meet next Monday, Dec. 14 at 12 p.m. at the State Capitol to cast their votes for President and Vice President of the United States.

A judge in Wisconsin on Friday ruled against President Donald Trump’s lawsuit seeking to overturn Democrat Joe Biden’s win in the state.