Tickets go on sale Thursday, April 7 at 9 a.m. at WiStateFair.com. All seating for this show is reserved, and tickets are $25, $30, and $40. Each ticket includes admission to the 2022 Wisconsin State Fair for the day of the show, when purchased in advance. 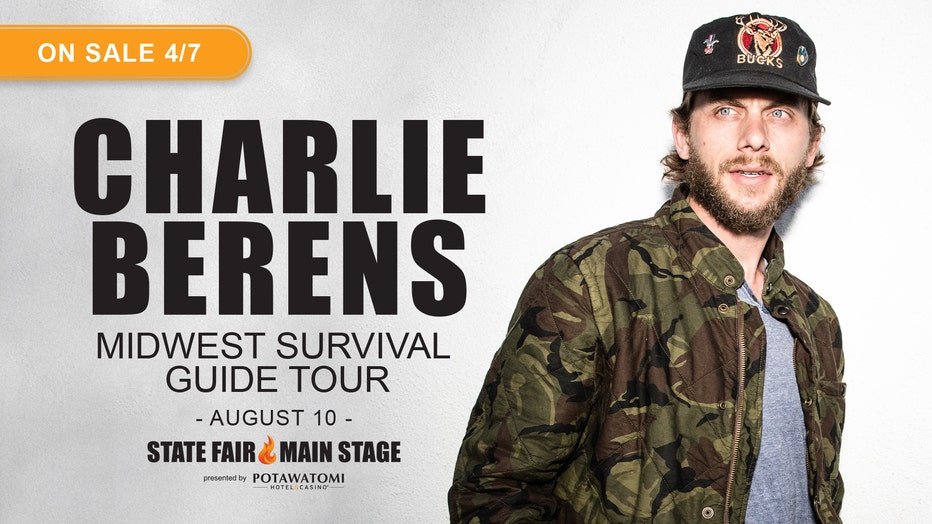 Charlie Berens will make his Wisconsin State Fair debut with his "The Midwest Survival Guide" tour. Charlie is an Emmy-winning journalist, comedian, host, and creator of the Manitowoc Minute. The Wisconsin native has been featured on national news outlets and maintains an ever-loyal online following of over 2 million Facebook fans glued to his viral Midwest comedic news series Manitowoc Minute.