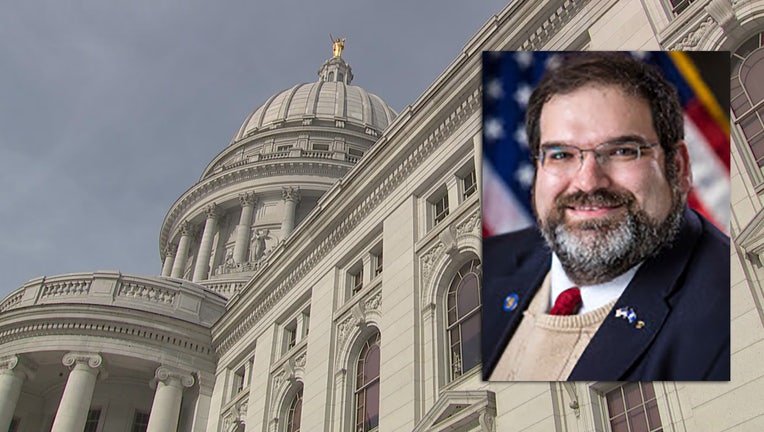 MADISON, Wis. - A Republican state senator from Wisconsin who opposed mask and vaccine mandates and then developed pneumonia after testing positive for COVID-19 was in stable condition Wednesday after being placed on a ventilator, his spokesman said.

State Sen. Andre Jacque, 40, tested positive for COVID-19 earlier this month and was hospitalized Aug. 16. He was placed on a ventilator Monday night, spokesman Matt Tompach said in providing the first update on his condition in a week.

"Sen. Jacque was intubated and placed on a ventilator Monday evening," Tompach said. "While his condition is currently stable, the days and weeks ahead will continue to be an incredibly stressful and difficult time for Sen. Jacque’s family."

He said that future updates would be provided as necessary.

Placing COVID-19 patients on a ventilator is often the last option of treatment when a patient is struggling to breathe. Some patients who are placed on ventilators do recover.

Jacque said Aug. 16 that he had tested positive the previous week after testifying at a packed committee hearing while not wearing a mask. Jacque opposed mask mandates and requirements for vaccinations. It wasn’t known whether Jacque was vaccinated.

Jacque, the father of six children including an infant, said members of his family also tested positive for the virus. Their conditions were not immediately known.

Republican state Rep. Shae Sortwell told his Facebook followers on Aug. 20 that Jacque "is in serious need of your prayers."

Jacque’s hospitalization comes amid a surge of COVID-19 cases in Wisconsin blamed on the more contagious delta variant. New cases and hospitalizations spiked in August to levels not seen since January. About 51% of Wisconsin’s total population, and about 61% of adults, have been fully vaccinated.

Jacque sponsored bills that would have prohibited government officials or business owners from requiring vaccinations for COVID-19 or proof of vaccination in order to receive services. The Republican-controlled Legislature passed both bills, which Democratic Gov. Tony Evers vetoed.

Jacque also opposed a statewide mask mandate that Evers put in effect but that was struck down in March by the Wisconsin Supreme Court.