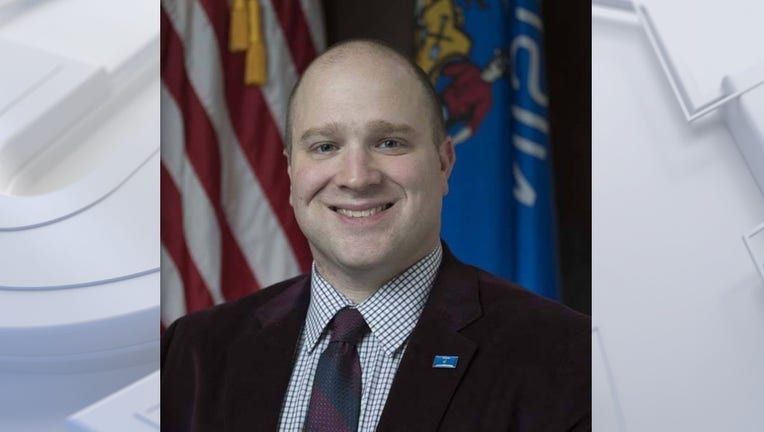 MADISON, Wis. - A Wisconsin state lawmaker compared a nonprofit children's museum's mask policy to the Nazi Party in a social media post that generated outrage and calls for an apology.

Republican state Rep. Shae Sortwell shared a Facebook post on Friday by the Central Wisconsin Children's Museum in Stevens Point detailing its mask policy. The museum said masks would be optional for those who show their vaccination cards and masks would be mandatory for everyone else over age 5.

"The Gestapo wants to see your papers, please," Sortwell posted on Facebook, a reference to the feared secret police of Nazi Germany.

The story was first reported Tuesday by Wisconsin Public Radio.

Sortwell did not immediately respond to a request for comment Tuesday.

Sortwell was first elected to the Legislature in 2019 and has been an outspoken opponent of mask or coronavirus vaccine mandates. His legislative district does not include Stevens Point, where the children's museum is located.

Museum director Cory Rusch told Wisconsin Public Radio that the policy was an attempt to protect the health and safety of the many vulnerable grandparents who visit the museum with their grandkids, and he stressed that no one will be turned away from the museum based on their vaccination status.

Stevens Point resident Nerissa Nelson wrote a letter to Sortwell signed by 30 people, mostly from central Wisconsin, calling on him to apologize.

"Our children’s museum in this town is an important part of community life here," Nelson told Wisconsin Public Radio. "And for a state representative to say something like that ... is a horrible thing to do. He needs to rectify that, with a public apology."

Democratic state Rep. Lisa Subeck, who is a board member of the National Association of Jewish Legislators, noted that just over a month ago the Legislature voted unanimously to require education about the Holocaust in Wisconsin schools.

Aunt of boy who drowned in West Bend speaks out

The young boy’s aunt is not only grieving the loss of her nephew but is also trying to fundraise to give him a proper funeral.