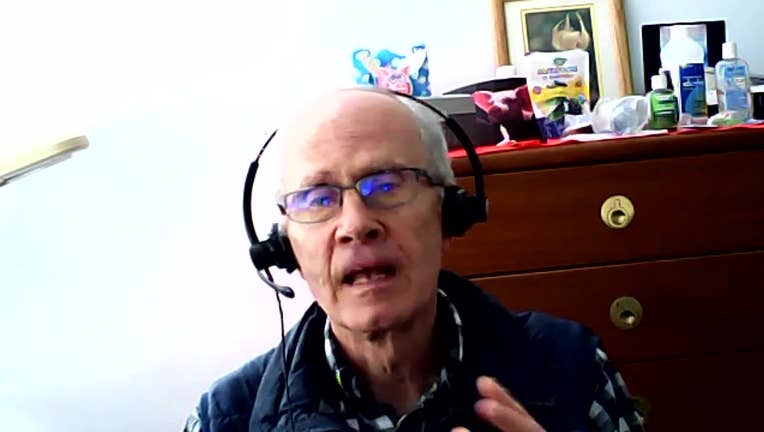 MADISON, Wis. - Wisconsin Secretary of State Doug La Follette isn't ready to leave office quite yet. The 81-year-old Democrat announced Thursday that he will seek reelection to a 12th term this fall.

La Follette said during a news conference at the state Capitol that he's motivated to run because Republicans unhappy with the outcome of the 2020 presidential election want to shift election oversight from the Wisconsin Elections Commission to the secretary of state. The position has had nothing to do with elections during his 45 years holding the office, and La Follette said he wants to keep it that way.

"Many Democrats, of course, and some Republicans who I've talked to recently, say they believe I would be the strongest candidate to keep this office in the hands of a Democrat and therefore protected from election meddling," La Follette said.

La Follette is a distant relative of "Fighting" Bob La Follette, a progressive who was Wisconsin's 20th governor, served in the U.S. House and Senate and ran for president in 1924.

Doug La Follette was first elected as secretary of state in 1974. He served one term before stepping down in 1978 to mount a failed run for lieutenant governor. He successfully ran for secretary of state again in 1982 and has won reelection nine times since.

Republicans have gradually stripped the office of almost all its duties and staff and relegated La Follette to a cramped office in the Capitol basement. However, since the 2020 presidential election, Republicans have been mulling shifting oversight of elections to the secretary of state.

The office hasn't played a role in Wisconsin elections since 1974; giving it election-related duties would require approval from the Republican-controlled Legislature and the governor. Democratic Gov. Tony Evers likely won't give a GOP secretary of state new powers. Evers is on the ballot this fall as well, though, and a Republican governor might do so.

Loudenbeck issued a statement saying La Follette wants to keep getting paid for doing nothing and people are responding to her call for shifting election oversight to the secretary of state's office.

"These are policy changes we should be talking about, and Doug La Follette wants to block them, so he can protect the status quo and continue his do-nothing legacy," Loudenbeck said.

The Wisconsin Department of Health Services (DHS) is monitoring wastewater across the state to look for SARS-CoV-2, the virus that causes COVID-19.