As voters cast ballots across southeastern Wisconsin, Judge Maria Lazar came out ahead in a race for a Court of Appeals seat, and Samantha Kerkman became Kenosha County's first female executive.

WAUKESHA, Wis. - Voters in southeastern Wisconsin elevated a conservative-backed Waukesha County judge to a state Court of Appeals seat on Tuesday in a race that took a sharp partisan turn and featured ads referring to the Waukesha Christmas parade killings.

Though the race was nonpartisan on the ballot, support for the candidates broke along party lines. Kornblum had the backing of the state Democratic Party and labor unions. Republicans lined up behind Lazar, including three conservative Wisconsin Supreme Court justices, four former Republican congressmen and several county Republican parties.

Kornblum spent more than 20 years as a prosecutor in Milwaukee County before going into private practice in 2014. Lazar was in private practice for 20 years before joining the state Department of Justice in 2010 under Republican Attorney General J.B. Van Hollen.

She ran unopposed for Waukesha County Circuit Court in 2015. 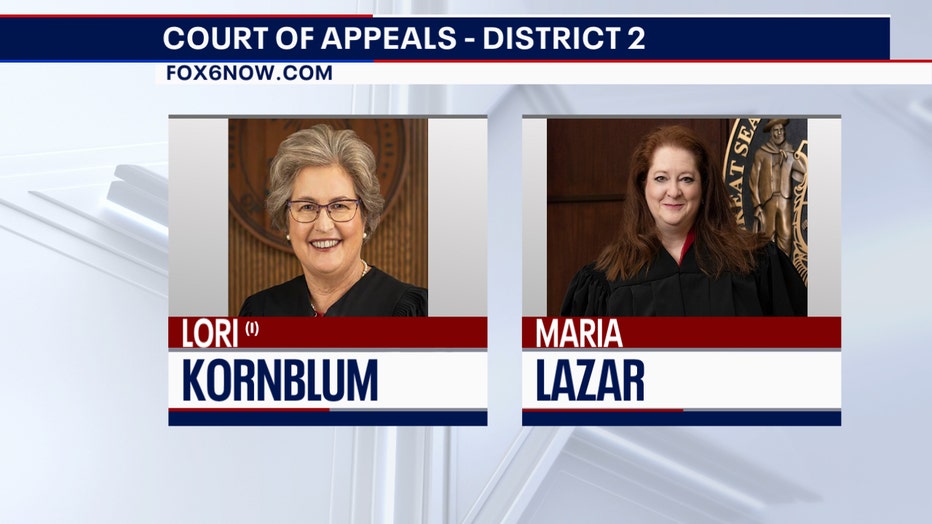 Lazar ran TV and radio spots attacking Kornblum as "a liberal, appointed by Gov. Tony Evers to legislate from the bench." The spots also highlighted that Kornblum worked in the district attorney's office under John Chisholm, a Democrat.

An outside group supporting Lazar also ran a spot linking Kornblum to Chisholm and blaming him in part for the Waukesha Christmas parade attack where Darrell Brooks Jr. is charged with killing six people and injuring more than 60.

One of Kornblum's ads attacked Lazar for a sentence she imposed that was lower than prosecutors recommended for David Scharlat, a former Brookfield police officer and federal agent who was found guilty in 2019 of sexually assaulting a woman with whom he’d had an ongoing sexual relationship.