Get ready Wisconsin fans. The Badgers are going to battle at American Family Field in Milwaukee. The stadium's baseball diamond is being changed over to host college basketball – in the Brew City Battle.

MILWAUKEE - Get ready Wisconsin fans. The Badgers are going to battle at American Family Field in Milwaukee. The stadium's baseball diamond is being changed over to host college basketball – in the Brew City Battle.

"We want to give the Badgers a home court advantage," said Rick Schlesinger, Brewers President of Business Operations.

For the first time, American Family Field is playing host to college basketball – and the Wisconsin Badgers.

"We want to showcase this venue for more than just baseball," Schlesinger said.

Wiosconsin Badgers basketball is coming to Milwakuee, and a court is taking over the diamond at American Family Field.

Crews started early – to make a long-time dream of the Badgers' men's coach become a reality.

"Coach Gard has been trying to get this done for 15 years. The Brewers have had ambitions too – and to be able to come in as a third party and put all those pieces together is really special and important for us and were really excited to see the ball go in the air Friday night," said Mark Starsiak, Intersport VP, Sports Properties.

The forecast is looking chilly during the games on Friday, but the Brewers are not too worried about it.

"The roof will be closed. The panels will be closed. We’ll begin heating the ballpark on Thursday, so it will be very temperate and comfortable inside," Schlesinger said. 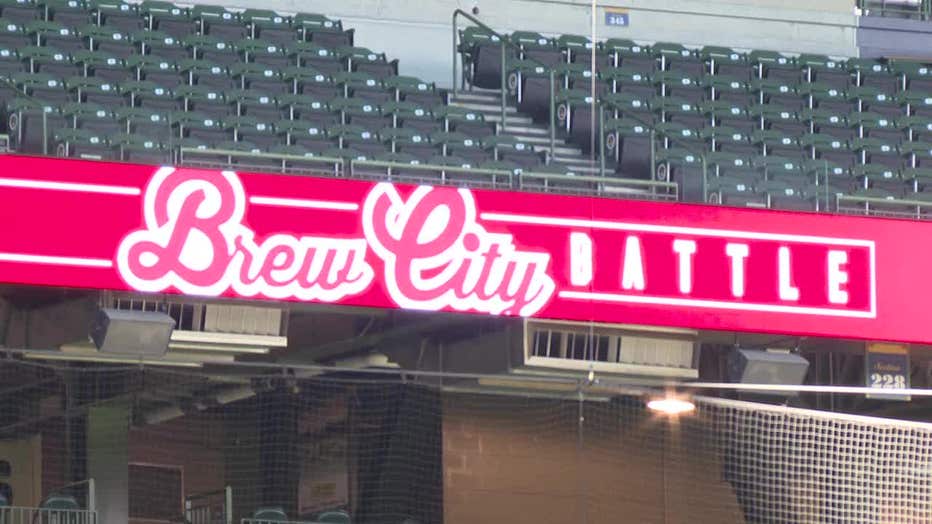 UW's women's basketball team will tip off against the Kansas State Wildcats at 3:30 p.m. on Friday, Nov. 11. The man will play the Stanford Cardinal right after.

"I want our fans to be supportive, have a great experience, and watch some entertaining basketball," Schlesinger said.