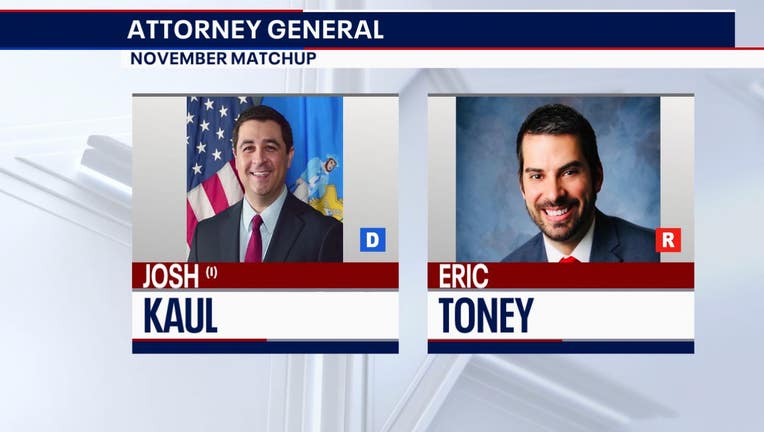 The debate has been set for the afternoon of Oct. 27 at the bar’s headquarters in Madison. The debate is scheduled to last an hour. The state bar, WISC-TV in Madison and WisPolitics.com are sponsoring the event.

The event will be open to the public. WISC-TV will air the debate as well as livestream it at Channel3000.com. WKBT-TV in La Crosse also will televise the debate.

Toney, a Republican, is currently serving as the Fond du Lac County district attorney. Kaul, a Democrat, is trying to win a second term as attorney general.

Toney has been working to portray himself as a tough-on-crime prosecutor. Kaul has built his campaign around a lawsuit he filed seeking to undo Wisconsin’s 1849 abortion ban as well as his efforts to advance gun control legislation.

The debate is the only one scheduled in the race so far. The election is Nov. 8.