The system made the evening commute a little complicated, but in the southern part of Milwaukee County, whether they like the snow or not, we found people who weren't going to let it stop them from getting outside.

OAK CREEK, Wis. - The system made the evening commute a little complicated, but in the southern part of Milwaukee County -- whether they like the snow or not -- we found people who weren't going to let it stop them from getting outside.

Just as the evening commute was getting started, the snow began falling fast in Oak Creek near I-94 and Ryan Road. Drivers like Charles Struebing didn't seem to mind.

"I think the average citizen in Wisconsin enjoys all the seasons," he said. 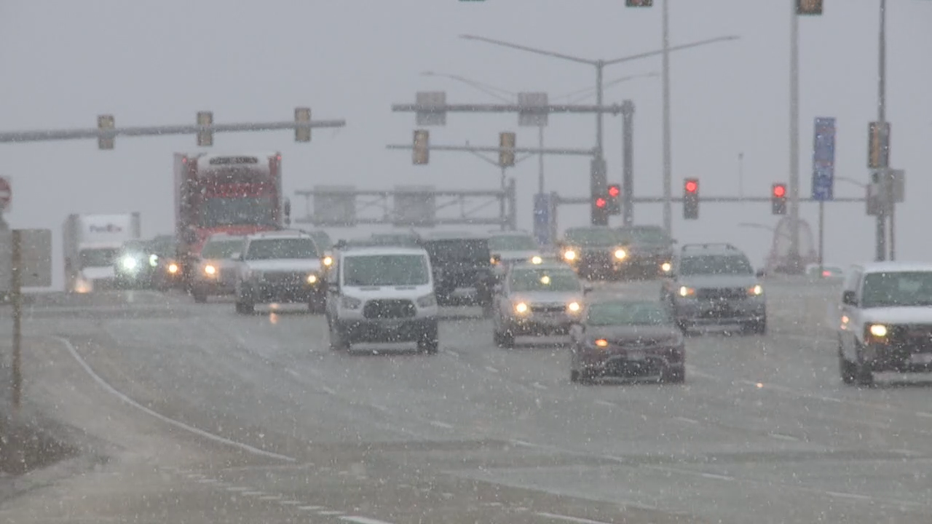 In the middle of March, winter showed all of us that it isn't over yet, with winds roaring in nearby Franklin, but still not keeping everyone at home.

For Joe and Jen Ruffing it made for the perfect time to walk their new puppy, Loki.

"I like the snow and he likes the snow, and she's ready to go to Sedona," said Joe Ruffing.

"I don't mind it if I don't have to drive in it," said Jen Ruffing.

Roads and sidewalks were generally clear, with the bulk of the snow accumulating only on grass, bird-feeders and benches in Lions Legend Park, meaning a Monday night stroll wasn't too shabby.

"There's not really much snow on the pavement yet, but if there were more, then you have to worry more about slipping and you have to be a little more careful, but it's OK right now," said Jen Ruffing.

Of course, not everyone welcomed the snow.

"Not happy," said Gary Sorensen. "I'd rather see it bright green, but you gotta take what you can get in Wisconsin." 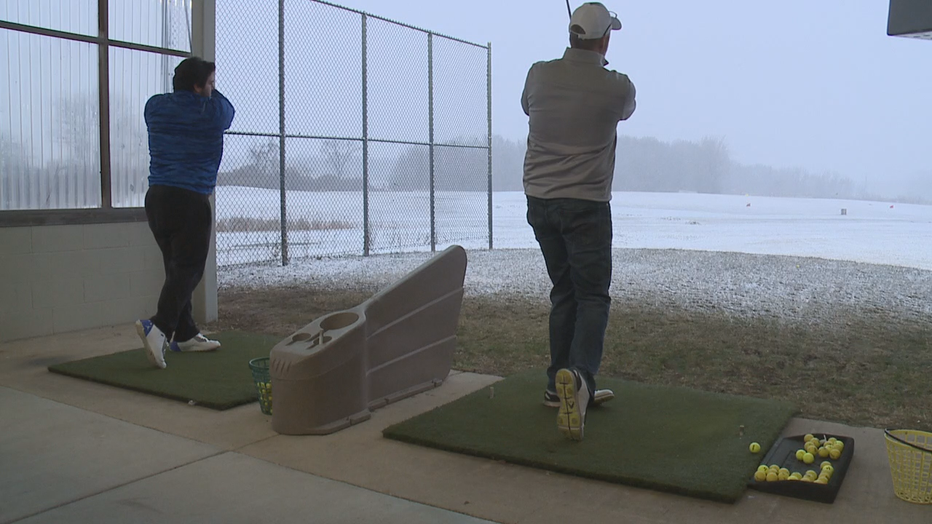 He said he's ready for spring, and he's hoping his golf game is, too, logging swings at Gastrau's Golf Center in Oak Creek, playing a virtual round of 18.

He was just happy to get some practice in, even if the range was covered in snow.

"It beats sitting on the couch and watching television," he said. "It's good to get out and do something."