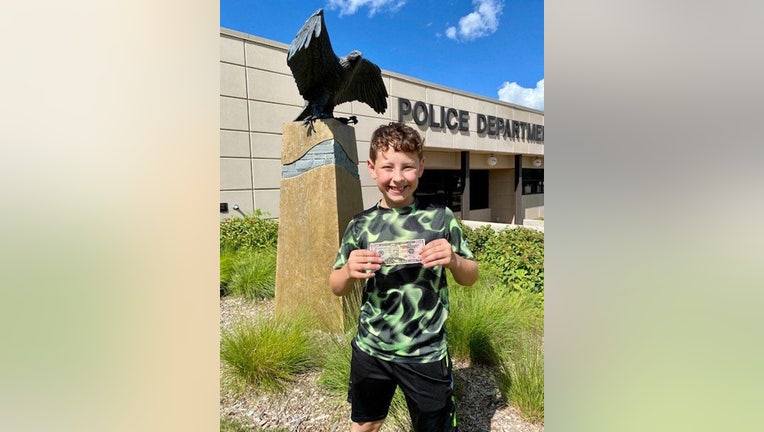 WEST BEND, Wis. - West Bend police are saluting a 10-year-old boy for his honesty and integrity.

In early spring, young Killion Ray found $50 while outside in West Bend. Shortly after finding the money, Killion spotted a police officer in the area on an unrelated matter. He approached the officer and explained how he came to find the money. The officer attempted to locate the owner of the money, but was not able to do so.

Since that day, West Bend police have held the money hoping to identify the owner. But nobody came forward.

On Thursday, July 28, Killion came to the West Bend Police Department, and officials were able to return to him the $50 that he had found.

As noted in a Facebook post by the police department, "Killion had choices upon finding money in the wind and his decision was to do the right thing. We’re proud of Killion for doing his part in protecting and serving our community."