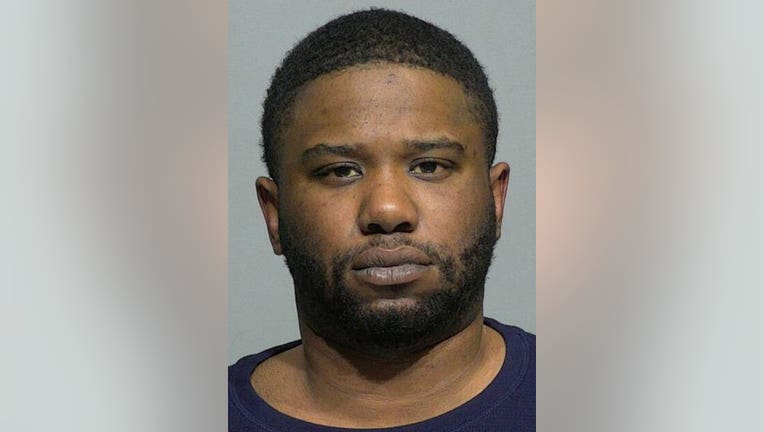 WEST ALLIS, Wis. - A 28-year-old Menomonee Falls man faces multiple charges following a high-speed chase and crash that ended in West Allis on Dec. 15. The accused is Frederick Euell – and he faces the following criminal counts:

According to the criminal complaint, West Allis police were notified of a FLOCK surveillance camera hit on a stolen car shortly after 2 p.m. on Thursday, Dec. 15. Officers located the vehicle near 107th and Lincoln Avenue -- and initiated a traffic stop. The vehicle and its driver pulled over. As soon as the officer exited his squad, the driver fled at a high rate of speed -- and "accelerated to approximately 70-80 mph in a posted 35 mph zone," the complaint says.

The complaint indicates near 102nd and Lincoln, officers deployed stop sticks -- and "it appeared the front driver side tire drove over the stop sticks." The vehicle continued fleeing eastbound on Lincoln. As officers approached the intersection of Lincoln and National Avenue, they noticed heavy traffic stopped for a red traffic signal. They also noticed the vehicle they had been chasing had crashed into seven other vehicles in the intersection. Surveillance video nearby captured the vehicle as it "tried to split in between traffic." One of the seven other drivers was taken to a hospital for treatment.

The complaint says after the crash, the driver fled the scene on foot -- and run towards the nearby Landmark Credit Union. Witnesses told police the driver ran into the credit union -- and into a restroom. Officers located the man and took him into custody.

A bank manager told police he saw the crash outside his window -- and identified the person arrested in the credit union as the driver of the vehicle, the defendant.

According to the criminal complaint, investigators later learned the vehicle being pursued was stolen from Denver, Colorado. "It had been purchased by check for $125,703 and transported to an address in Milwaukee," the complaint says.

Euell made his initial appearance in Milwaukee County court on Dec. 20. Cash bond was set at $100,000. Euell is due back in court for a status conference on Jan. 12.