West Allis mobile home to be demolished after fire

After a fire, a family returned to a West Allis home to salvage what they could before it's demolished. A boy was rescued from the flames in June.

WEST ALLIS, Wis. - After a fire, a family returned to a West Allis home Saturday, July 23 to salvage what they could before it's demolished.

"Got a bunch of guys together and sledgehammers, and they’re having a great time," said Kristen Bussey. "We have to get this trailer demoed and out."

From smashing and crashing to dragging and dumping, Bussey was joined by friends and family to clear out her sister's mobile home.

"What we’re going to do is we’re going to get as much of the salvage out as we possibly can," she said. "Then a friend of my sister's has a truck that they’ll be able to pull the trailer out once we figure out what the wheels look like underneath."

The home was the site of an amazing rescue on June 19. Police officers and firefighters pulled a 3-year-old boy from the fire.

"(MJ's) a 3-year-old with a ton of energy and loves to be inquisitive and learn everything," Bussey said.

"She had her second skin graph this week. They’re making sure it’s taking," said Bussey.

The demolition is difficult.

"It’s my sister’s life. I wasn't going to cry today, but it’s my sister, my niece and my 3-year-old nephew's life," Bussey said. 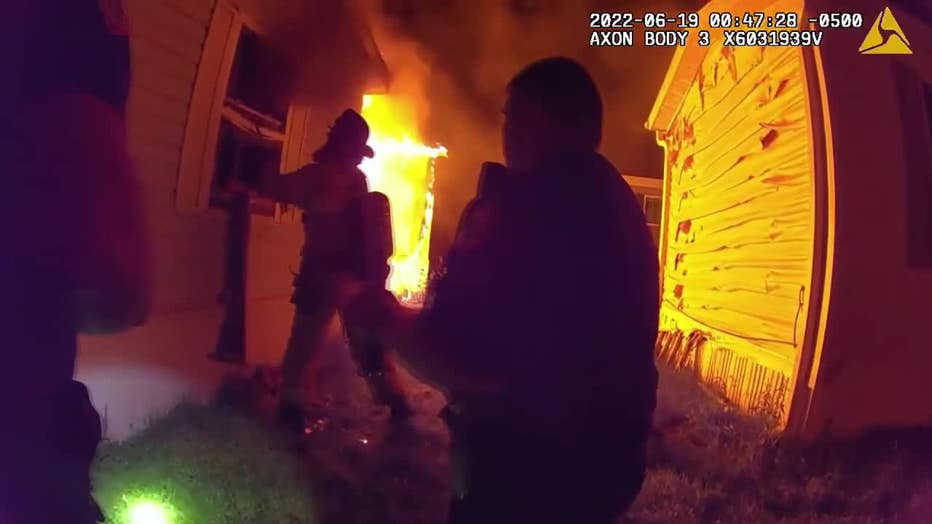 Their challenges are far from over, but the family remains grateful for each other and the community's support.

"Everyone in the community of West Allis has been super helpful," said Bussey.