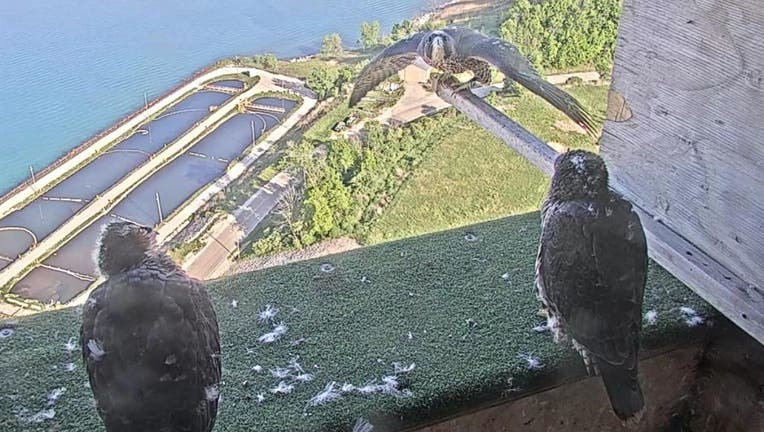 MILWAUKEE - Two sets of the We Energie's peregrine falcon parents are officially empty nesters. The chicks born this spring at our power plants in Oak Creek and Milwaukee have learned to fly.

All of the baby falcons were named in honor of the heroes and helpers of the COVID-19 pandemic, according to We Energies.

There’s still plenty of action on the live nest box cameras. The chicks born at the Port Washington Generating Station are younger and will likely stick around for at least another week.

This year’s class of chicks brings the total number of peregrines hatched, named and banded at We Energies and Wisconsin Public Service (WPS) power plants to 421 since our recovery efforts began in the mid-1990s.