The peregrine falcon chicks at the Oak Creek Power Plant are being given their names and identification bands.

OAK CREEK, Wis. - Four peregrine falcon chicks are cozying up at the We Energies Oak Creek power plant. Born three weeks ago, the chicks now have names and are banded.

"It’s a window into nature that we normally would not get a chance to see," said Greg Septon, peregrine falcon manager.

The four chicks were banded and named on Wednesday, May 18. 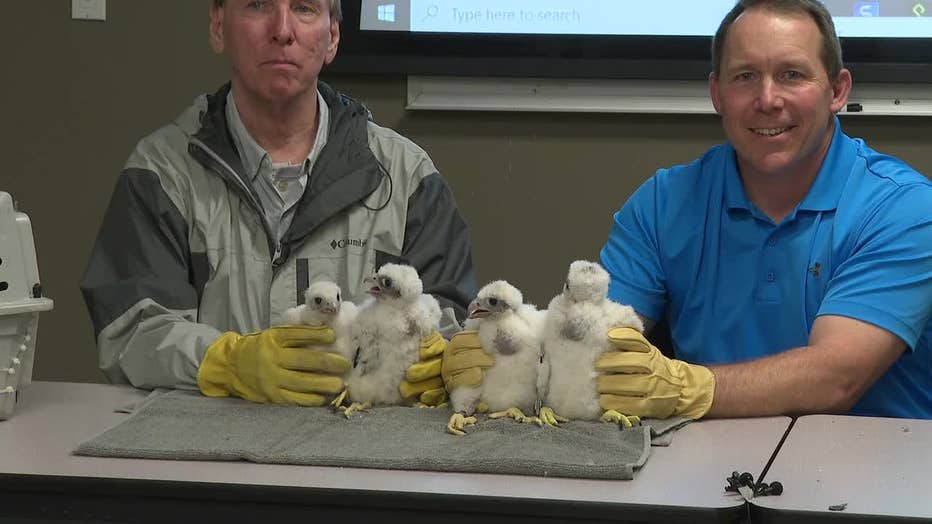 "The reason we band is we can follow these birds during their lifetime. Find out what kills them, how long they live, how many young they produce," Septon said.

Meet Mae, Mario, Favre, and Whitney. The chicks are named with a theme from the year 1992. 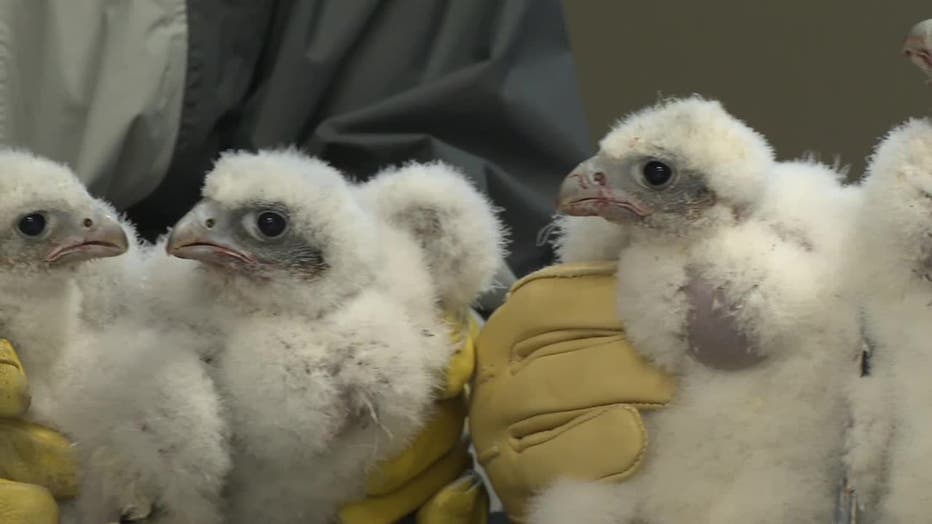 "In 1992, we released the first captive born falcons from a power plant – and obviously the program has taken off ever since," said Alison Trouy of We Energies.

We Energies and the Wisconsin Public Service peregrine falcon program is celebrating 30 years. One of the chicks banded on Wednesday happens to be the 400th chick banded in Wisconsin. 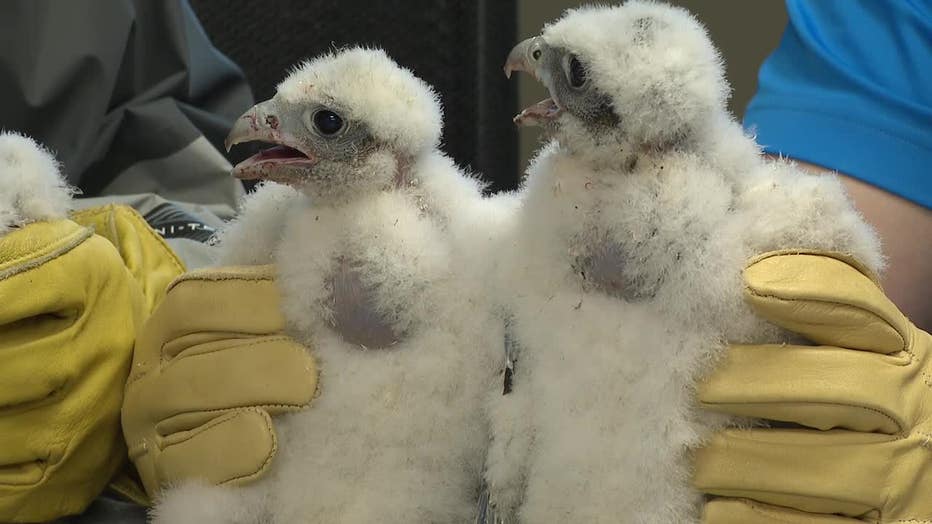 Septon said the program is crucial for the endangered species. Without the nest boxes, the birds would not have a home.

"They would try nesting, but many cases when there aren’t boxes, they’ll nest on a narrow ledge or the wind blows the eggs off and they fall to their death," Septon said.

Each chick gets two bands. One provides a number to call if the bird is found injured or dead. The other has a tracking code to identify the bird. 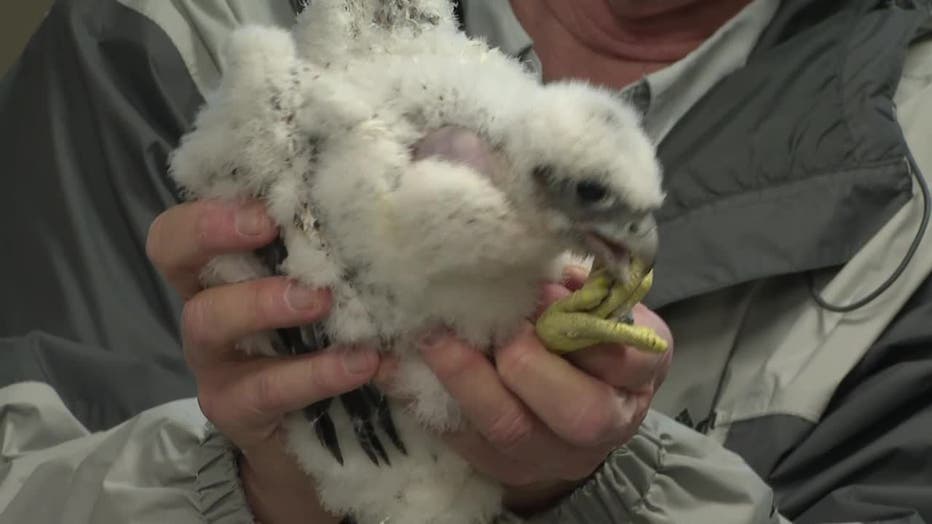 "We love being able to share it with our customers and allow them just a window into the life of an endangered species," Trouy said.

Experts say the chicks will be in the nest for about three more weeks. You can monitor their progress with web cams.