WAUWATOSA, Wis. - Two Milwaukee women have been sentenced to prison for their roles in a shooting that unfolded at a Wauwatosa Red Lobster in February.

Aquianna Brown, 31, was sentenced to six years in prison. She pleaded guilty to one count of recklessly endangering safety and one count of possession of a firearm by a felon; other charges were dismissed but read in.

Police were called to the Red Lobster just before 7 p.m. on Feb. 7. Officers spoke to witnesses and found a bullet fragment and shell casings under tables inside.

Several witnesses told police, according to a criminal complaint, that they saw or heard an altercation that later turned physical and eventually led to gunshots. One witness said they saw two people kicking another person who was on the ground. 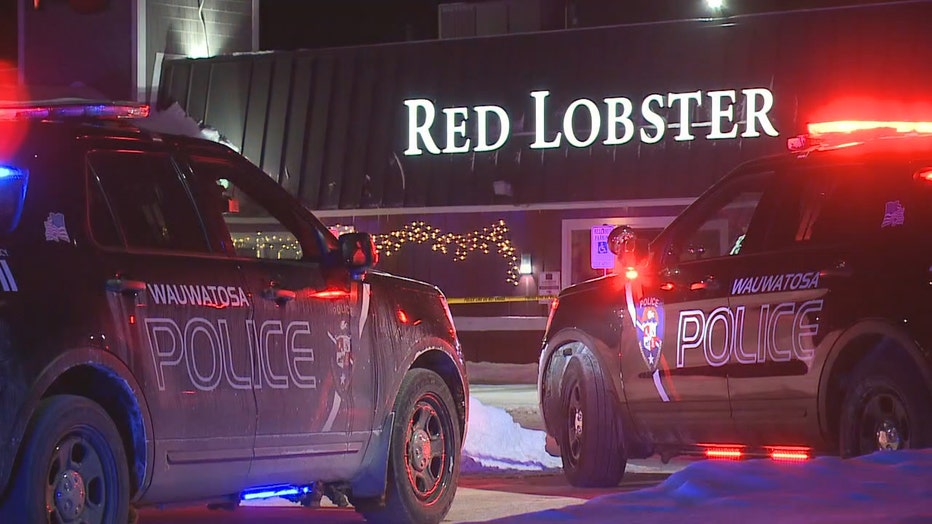 A witness said they saw three or four females follow one of the suspects – since identified as Brown – and start to beat her up, at one point "stomping" on her. The witness got up and yelled at them to stop, according to the complaint, and they then stopped attacking Brown and "casually" walked back into the dining area.

According to the complaint, that witness said they thought Brown had a gun in her pocket and felt she was going to pull it out, telling her "don't do it." The witness then saw Brown pull out the gun and run into the dining area. The witness later saw the second suspect – later identified as Hill-Brown – join Brown in the parking lot.

Police spoke with a girl who said she and her friends, all minors, had "gotten into it" with Brown. The girl said the eventual shooter had started talking to them, according to the complaint, and the conversation became agitated. The girl said she was not involved when things became physical, but saw her friends and Brown fighting before the fight stopped and the shooting started. Additional statements corroborated that account of events.

Detectives reviewed surveillance footage, which showed the fight. The footage showed the fight end and Brown leave before reentering with Hill-Brown. Brown racked the slide of her gun and a few seconds later, patrons are seen running from the restaurant, according to the complaint.

In addition to prison time, Brown was sentenced to five years of extended supervision.

Hill-Brown was additionally sentenced to two years of extended supervision.