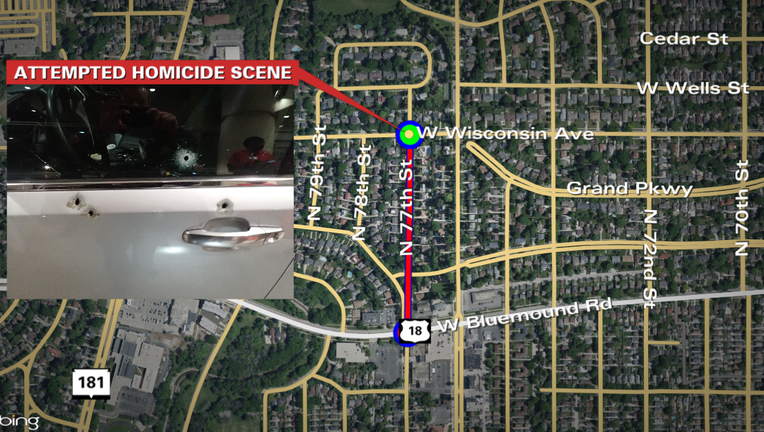 Police said there was a shooting after a motor vehicle crash near 77th and Wisconsin around 12:05 a.m.

Officers found that while the victim was driving home from a work, an SUV quickly approached and stopped in front of the victim's vehicle before backing up and causing significant damage.

The driver of the SUV then fired a handgun several times at the victim, breaking glass and striking the vehicle before driving off.

No injuries were reported. A suspect was identified and later taken into custody around 12:45 p.m. without incident.

Anyone with information regarding the incident -- including possible doorbell or surveillance video footage between 11:45 p.m. Friday and 12:15 a.m. Saturday in the area of the incident is asked to contact police at 414-471-8430.

Police said it was a targeted attack and there is no threat to the public.