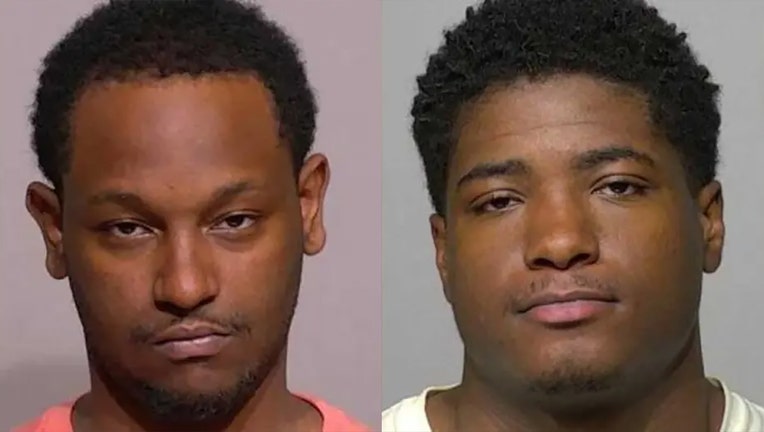 MILWAUKEE - Two Milwaukee men have been sentenced in connection to a 2019 Wauwatosa armed robbery.

Jayuntae Gregory, 19, and Phillip Mann, 20, were each originally charged with armed robbery. However, those charges were later modified.

Gregory pleaded guilty to robbery (threat of force) and was sentenced to two years in prison in 2020. He was sentenced to complete four years of extended supervision following his prison sentence.

Mann pleaded guilty to theft of moveable property and was sentenced to one year of probation on Oct. 27, 2021.

The incident began outside the Qdoba near Mayfair and Bluemound on Memorial Day in 2019. At the time, Gregory and Mann were in high school.

According to a criminal complaint, a victim said she was in her vehicle in the Qdoba parking lot when she saw two young men – since identified as Gregory and Mann – near a bus stop. One approached her vehicle while displaying a handgun and demanded she open the doors. She later said he approached the open window and asked if she would drive them to Mayfair Mall.

The victim said she was going to the mall herself, according to the complaint, so she agreed to give them a ride. During the ride, the victim said one of them stuck a handgun in her rib cage and told her she was being robbed. She said she was directed to an alley between 79th Street and 80th Street and Melvina Avenue. She said one of them threatened to shoot her if she didn't do what he said. She indicated they demanded money and took her cellphone, along with $4, a $100 Visa gift card and her car keys.

Police recovered surveillance video from a Milwaukee County Transit System bus that showed Gregory and Mann getting off near Mayfair and Bluemound. Police also recovered video that showed them fleeing after the robbery.

The surveillance images were shared with the media, and police then received a call identifying them. They were further identified by employees at their school, Assata High School.

Dodge County Sheriff's Office is investigating a missing persons case out of the Town of Lebanon. Amanda Bahr is missing and potentially in danger. Jesse Lafferty is considered a person of interest in this case.