WAUKESHA, Wis. - The death toll from the Waukesha Christmas parade tragedy rose to six Tuesday, Nov. 23 after an 8-year-old boy died at the hospital.

News of the boy's death was first revealed in court that afternoon as the suspect, 39-year-old Darrell Brooks Jr, made his initial appearance.

At a Veterans Park memorial, a steady stream of people paid their respects to those killed Sunday. For so many, the death of 8-year-old Jackson Sparks – who was in the parade with his baseball team – makes the heartbreak and pain even worse.

Notice of the boy's death was the revelation that so many feared after the Waukesha attack. A community, already shaken and still grieving the loss of five others, now hurting from the loss of a sixth victim. 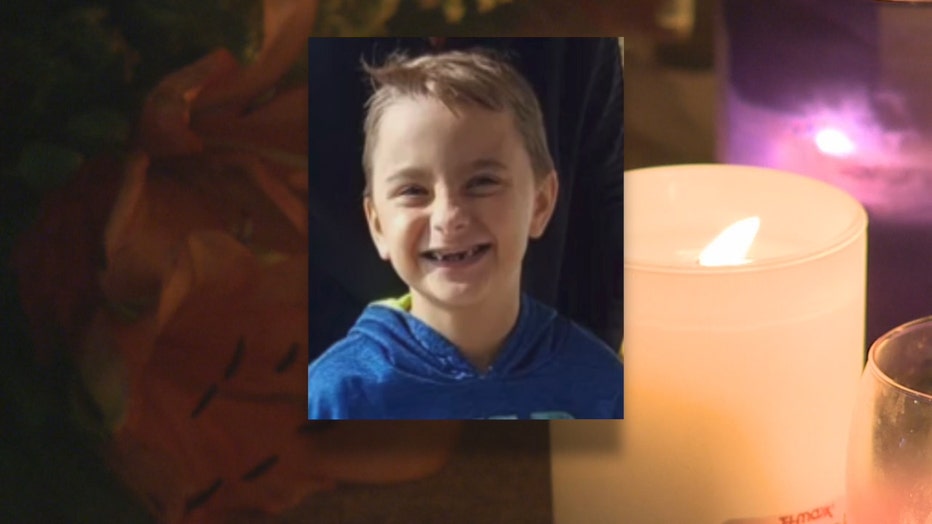 Sparks, of Mukwonago, died of his injuries Tuesday at Children's Wisconsin. There, he and his 12-year-old brother Tucker were being treated.

An online fundraiser for the Sparks family confirmed his death, saying the 8-year-old underwent brain surgery Sunday night but needed a miracle. His passing was a shock to attendees at a Jewish community event Tuesday.

"The Lubavitcher of Blessed Memory taught us that when faced with tragedy, when faced with darkness, we have to use that as a catalyst for a better tomorrow," said Rabbi Mendel Shmotkin, Lubavitch of Wisconsin CEO.

The gathering's theme was: one community, one heart. Organizers asked people to take part in random acts of kindness to battle the darkness.

"Why does this have to happen this way? What is the reason for this? It's unfathomable to try to reason it and understand, but certainly, our hearts are breaking," Pass said. 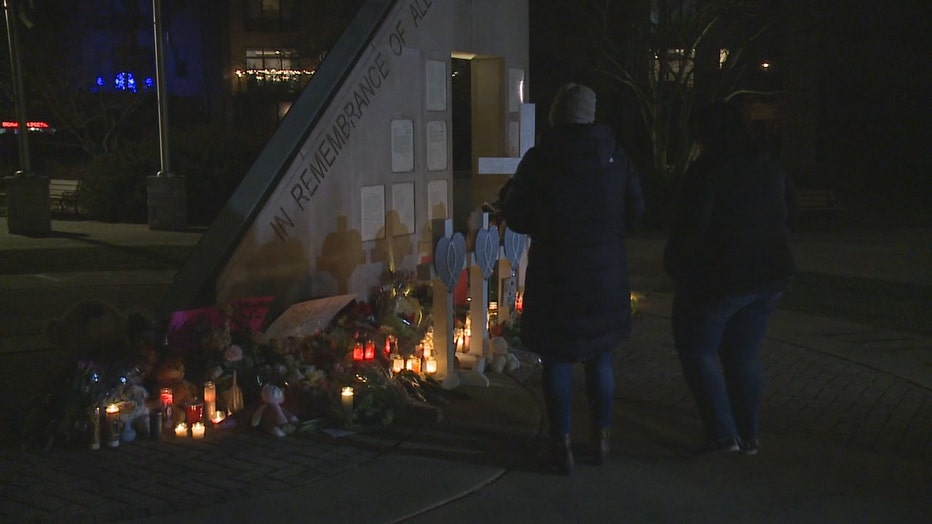 The Mukwonago Area School District released a statement, saying the district is "heartbroken over the loss of lives" in the parade. At the growing Veterans Park memorial, community members said they will rally around those suffering – including the parents of the 8-year-old boy taken far too soon.

"Honestly, it shatters my heart. It honestly breaks everything inside me knowing that somebody, especially a child, an innocent child, is losing their life from something so senseless," Waukesha resident Miranda Benzer said. "I think just, you know, keep them in your prayers, in your thoughts, but my number one thing to them is just stay strong."

Prosecutors said there could be more charges coming for Brooks. Children's Wisconsin received 16 patients from the attack; 13 are still in their care, and six of those 13 are in critical condition.

"The Mukwonago Area School District is heartbroken over the loss of lives in the Waukesha Christmas Parade tragedy. Sadly we lost one of our students today. We are honoring the family's request for privacy and ask others do the same...Our thoughts and prayers are with the family and our community."

Waukesha Blazers’ President Jeff Rogers said, "Jackson was a sweet, talented boy who was a joy to coach. He was an awesome utility player and played on the Blazers Wolfpack team. Jackson was sweet and tender-hearted with a contagious smile. He was the little guy on the team that everyone supported. You couldn’t help but love him."

We will continue to keep the Sparks family in our prayers.

Prosecutors in Wisconsin charged a man with intentional homicide in the deaths of five people who were killed when an SUV was driven into a Christmas parade that also left 62 people injured, including many children.