Businesses directly impacted by Sunday's Waukesha parade attack are turning heartbreak into help for the victims.

WAUKESHA, Wis. - The world seems to be wrapping its arms around the victims of Sunday's Waukesha parade tragedy, asking how to help.

Businesses directly impacted by Sunday's events are turning heartbreak into help. Inside a Waukesha workshop, Michael Hurst has been busy creating ornaments for the place he calls home.

"I don’t sleep at night really anymore. It’s hard to close your eyes, so this is helping," Hurst said.

For each "Waukesha Strong" ornament sold, 100% of profits will go to the Waukesha Community Fund. It's a cause that is personal for the Hurst family.

"There was a lot of terror that day," said Tayler Hurst. "We wanted to find a way to give back to all the families because we were so grateful that, even though it was close, our son wasn’t injured." 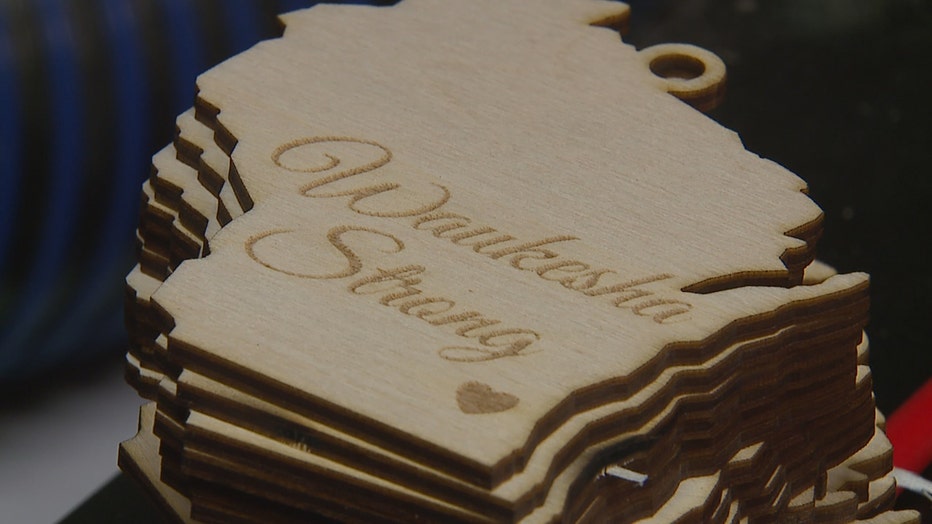 The Hursts were at the parade, just feet from devastation.  They aren't alone.

"To think if I was a second later, my son would’ve been hit. I still feel the wind from that truck passing by," Michael Hurst said. "Extremely grateful. Don’t really have words for it."

At The Coop restaurant, employees helped decorate for the holidays. On Friday, the restaurant will be donating 100% of sales to the Waukesha Community Fund. The event runs from 7 a.m. to 3 p.m.

"At the end of the day, making people happy, helping people, doing what we can, that’s the best form of payment for us," said Joseph Sifnaios. 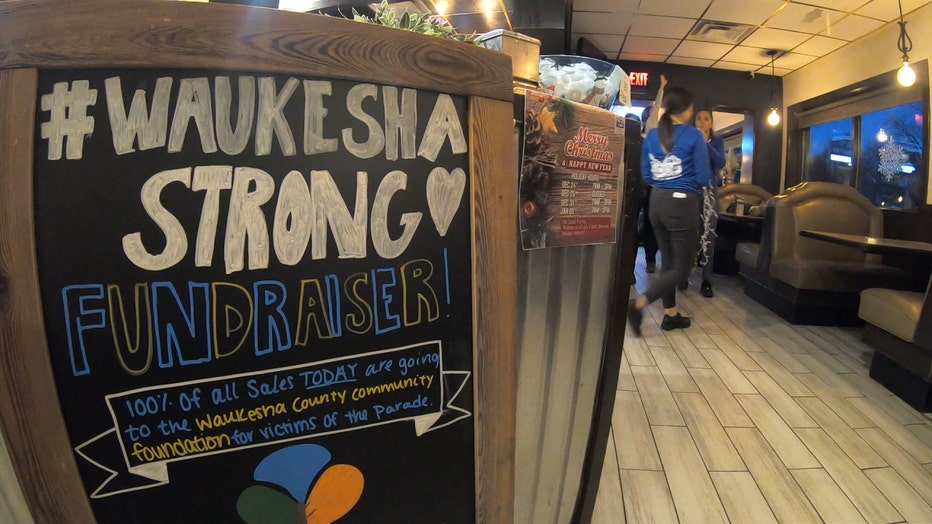 Two current waitresses and one former waitress were among those hurt at the parade.

"The length of the injuries she attained is just indescribable," Sifnaios said.

RELATED: 'United for Waukesha:' Community fund, other ways you can help

Together, people are doing what they can to help – showing the world to be "Waukesha Strong."

One thousand "Waukesha Strong" ornaments have already been sold for $5 each. They are available at Hurst Woodcrafting on Facebook, Burlap and Lace Marketplace in Waukesha and Pop's Marketplace in Muskego.

The Milwaukee Brewers present the inaugural Magic of Lights from now through Jan. 2, 2022 at American Family Field.