In April, police said they heard gunfire at Baymont Inn & Suites in Waukesha, and an officer shot back. We now know the man holed up inside didn’t have a gun at all.

WAUKESHA, Wis. - In April, police said they heard gunfire at Baymont Inn & Suites in Waukesha, and an officer shot back. We now know the man holed up inside didn’t have a gun at all.

The defendant’s attorney said Eric Zweifel suffers from a mental health condition. He said the county placed Zweifel at the inn, where police thought he fired two gunshots and had a woman in his room. We now know that wasn't the case. 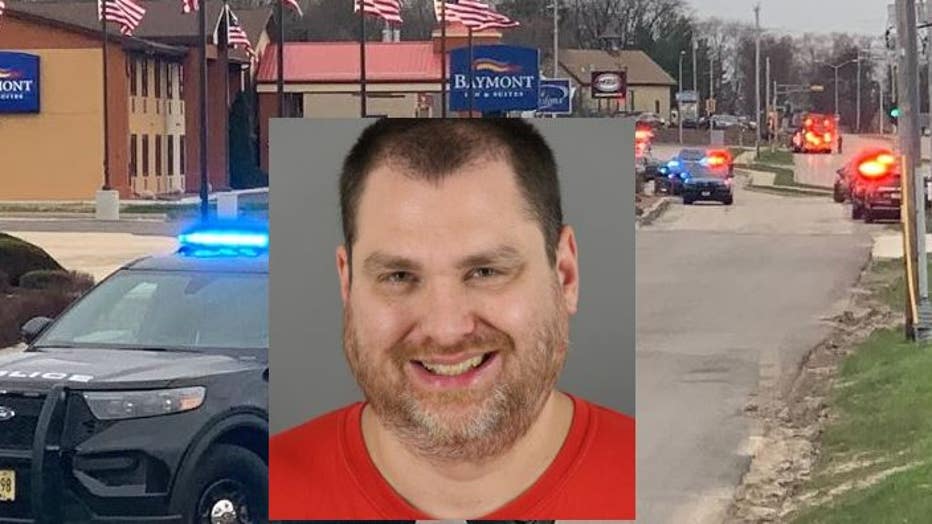 Prosecutors say Zweifel, 44, was inside. Deputies tried to take him to a mental health facility. Investigators said he refused to leave his room, so Waukesha police showed up.

"We believe it’s going to be related to that based on his initial yelling of profanities, screaming about something about the police being at his door," police said.

Prosecutors say a hotel employee told police Zweifel may have a woman inside his room. When police got there, they said Zweifel yelled, "I’m going to kill all you." Officers said they heard two "pops" from inside the room and thought they were gunshots. Waukesha police said one officer fired a shot in self-defense. No one was hurt.

"They fired at least one shot – blindly into the hotel room, thankfully not hitting my client or anyone else in the hotel," said Jonathan LaVoy, Zweifel's attorney.

Detectives said Zweifel was alone in the room. They eventually discovered there were no guns inside.

"Mr. Zweifel did not have a weapon," said LaVoy. "There was no shooting within that hotel room.  There was just a police shooting into that hotel room – which I think is a significant concern." 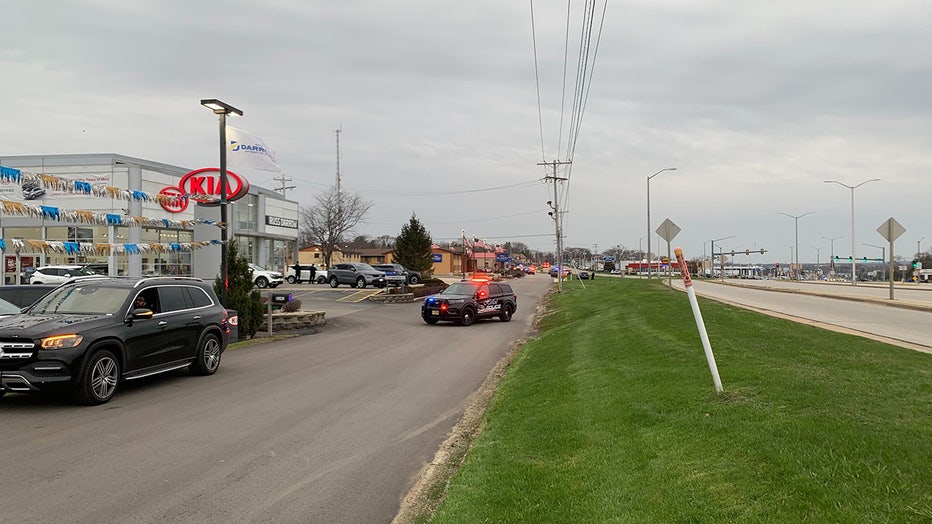 Crisis negotiators convinced Zweifel to surrender. As for the "pops" police thought were gunshots, prosecutors say "Zweifel was so agitated and was damaging or striking things with such force that both the officers and other guests at the hotel mistook the noise as sounds of gunfire."

"Multiple trained officers for the city of Waukesha believed these were gunshots," said LaVoy. "I’m not sure how that was even possible."

Waukesha police would not comment out of fear of jeopardizing the criminal case.

Zweifel is charged with four felonies for threatening officers and three misdemeanors. He has pleaded not guilty and will be back in court July 7.

"Now that the charging decisions have been made and a criminal complaint is in the public domain and in order to maintain the integrity of the investigative process as well as respecting the judicial process we would defer all questions to the criminal complaint. We feel that is best so we don't impact any potential jurors or the judicial process.

The officer was temporary placed on administrative leave to receive any Wellness treatment and to provide space for the investigation to move forward.  The involved officer was back to full duty status within a short period of time."