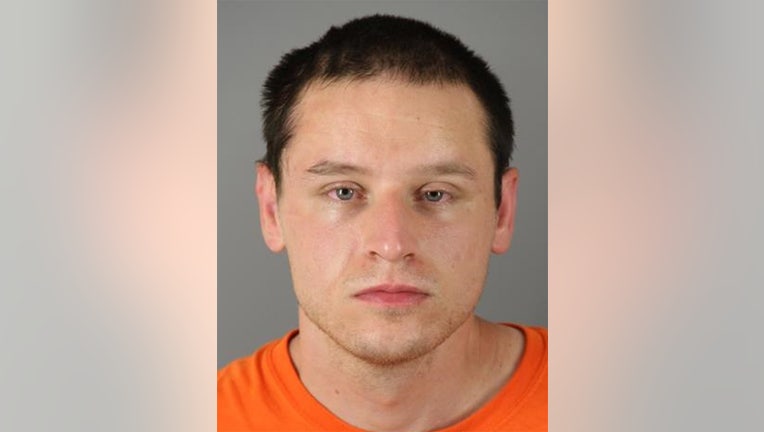 WAUKESHA, Wis. - A Waukesha man is charged with seven counts after he allegedly threatened to blow up a bank on Sept. 3.

According to a criminal complaint, a Waukesha bank employee got the attention of a police officer and said a man approached her as she was leaving work near St. Paul and Madison. The man asked if she worked at the bank, adding that it was "dangerous" because the bank was "going to be robbed and shot up and blown up."

The woman took a picture of the man – since identified as 29-year-old Joshua LePak – and showed it to the officer. She said she last saw him walking around the back of the bank toward the front. The officer then went to the bank to make sure LePak had not gotten inside.

Upon arrival, the officer found several employees standing at the front doors, holding them shut. The officer was allowed inside and spoke to a manager, who said LePak had been there earlier, asking about a loan to start a fortune telling business, the complaint states. The manager said LePak was "acting very bizarre and asking bizarre questions." His business was denied, and he became agitated and began asking questions about loitering and security, the manager said per the complaint.

LePak did not approach the departing worker until roughly two hours later, the complaint states. During that two-hour span, workers noted LePak walking around the building several times. Employees asked for police escorts to their vehicles, fearful after LePak's statements.

When located later that day roughly a half-mile from the bank, LePak was wearing a black shirt with pink writing on it made with duct tape that spelled "ISIS." Speaking to officers at that time, the complaint states LePak "became very nervous" and denied directing threats at anyone.

During his arrest, the complaint states, LePak made comments such as "I guess I'll have to go through with my plan then" and argued the validity of his arrest. Among his property at the time of the arrest were a four homemade shanks made of razor blades and duct tape and a firework wrapped in a piece of paper.

LePak was taken into custody, and it was determined he had five open cases in Waukesha County. In each case, he had been released on bail on the condition that he not commit any other crimes.

In all, LePak is charged with:

LePak made an initial court appearance on Sept. 7. He is scheduled for a preliminary hearing on Sept. 15.

Federal authorities announced that Octaviano Juarez-Corro, a Milwaukee fugitive, is being added to the FBI's Ten Most Wanted List.

TSA officers prevented a handgun from making its way onto an airplane at Milwaukee Mitchell International Airport. A Kenosha resident was cited.