Vice President Kamala Harris said Monday in Milwaukee that removing and replacing lead pipes is a moral imperative and must be one of the nation's highest priorities, pointing to the environmental and health risks lead exposure presents from children to the elderly.

MILWAUKEE - Vice President Kamala Harris came to Milwaukee on Monday, Jan. 24 – a city with 70,000 lead laterals. She touted the infrastructure law which will help pay to replace some of those pipes. The law includes funding for Wisconsin, but not enough to cover everything.

The infrastructure law includes $15 billion nationally for lead pipe removal. $48 million of that will come to Wisconsin this year, but it is estimated it will cost $800 million to replace all the lead pipes in Milwaukee alone.

The vice president made her pitch at a nonprofit, the Wisconsin Regional Training Partnership/Big Step – which recruits and trains people in the skilled trades like construction and plumbing. 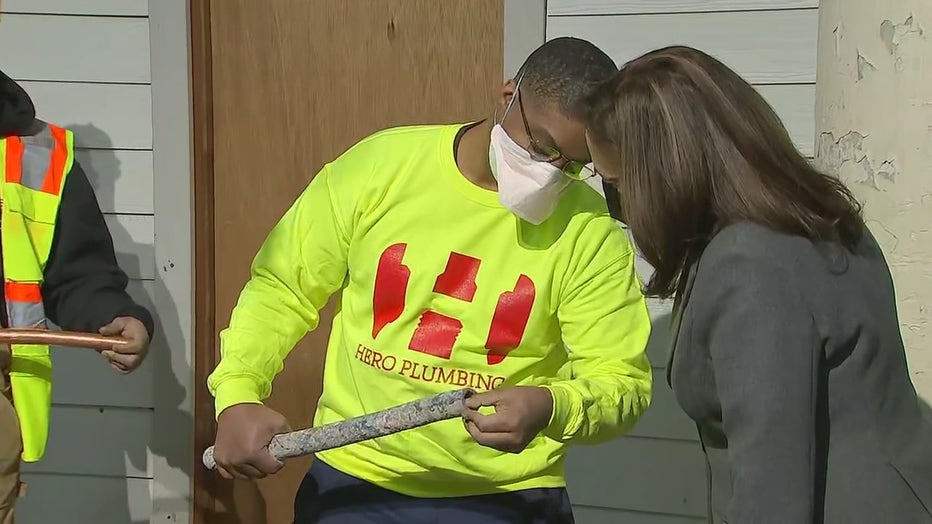 "What we’re excited about is that it is not only going to be about the children and making sure they drink clean water; it’s going to be about investing in the talented people in the community to build up the skills to do the work," Harris said.

"Any amount of lead in the blood is too much. There is no known safe level, and unfortunately even low levels of lead in a child's blood can have lasting effects on their growth and development and behavior," said Dr. Heather Paradis, a pediatrician. 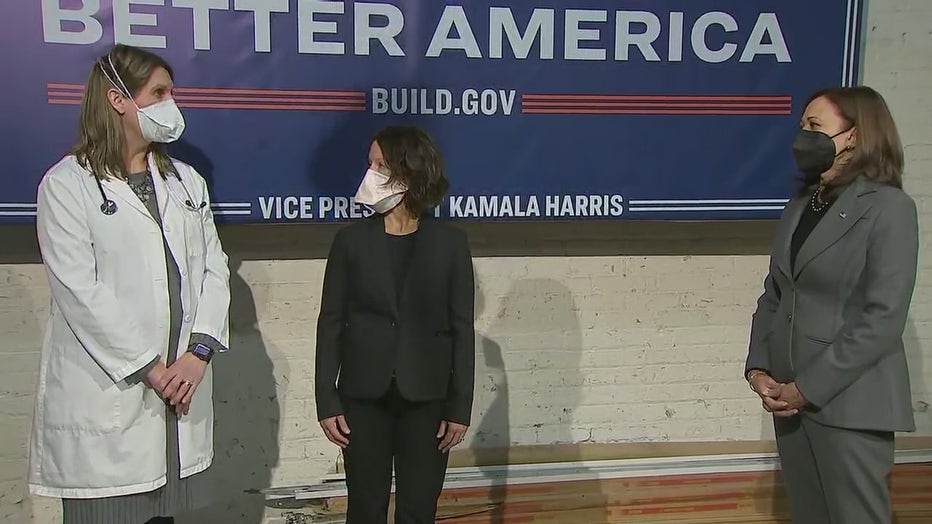 A mother, Deanna Branch, shared a story of her lead-poisoned son.

"Aidan was hospitalized not once, but twice. So, many moms are going through the same thing," Branch said.

"You put the call out and said this needs to be handled." Harris told Branch. 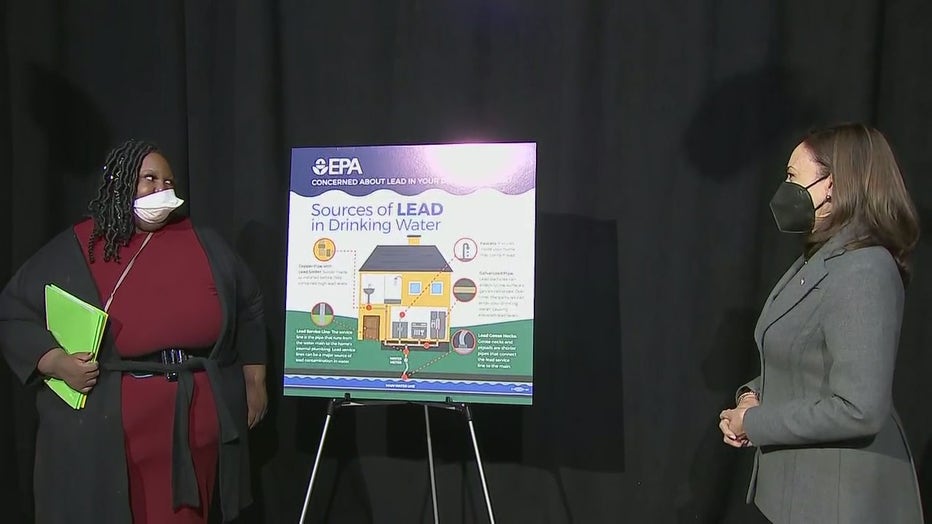 The vice president said the infrastructure law will help.

Vice President Kamala Harris delivers remarks on funding in the Bipartisan Infrastructure Law to remove and replace lead pipes across the nation and in Wisconsin.

Wisconsin Republicans, who voted against the infrastructure law, are critical.

"It’s critical we actually have a plan to pay for these programs because what this administration has done is spent trillions of dollars with no plan to pay for it. And what that actually does in the end is clobbers people in their pocketbook. So, we need to get our spending under control, so we can make targeted investments to truly make sure that no child has lead in the water," said Rep. Bryan Steil (R-Wisconsin).

"Wisconsinites deserve to know how the Biden administration’s plan to eliminate cash bail will keep their families safe and address the issue of rising crime rates, not listen to Kamala Harris shill Biden’s floundering agenda."

"Ukraine is on the brink of disaster, crime is surging across the country, and the border remains unsecure. Vice President Harris should be working overdrive to help address these crises – not taking a victory lap."