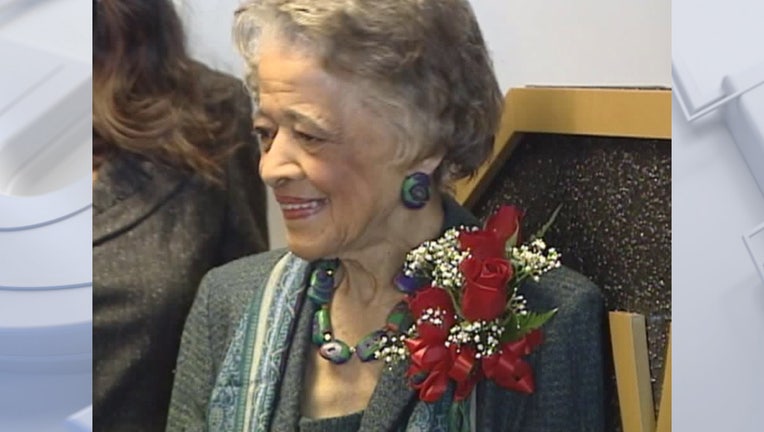 MADISON, Wis. - Vel Phillips, Wisconsin’s first Black secretary of state, will be honored with a statue on the state's Capitol grounds, a state board decided Monday.

The Capitol and Executive Residence Board voted unanimously to erect the statue of Phillips, the Wisconsin State Journal reported. Phillips, who died in 2018, broke a number of gender and race barriers throughout her career: The first Black woman to graduate from the UW-Madison School of Law and the first woman, as well as Black person, to serve on the Milwaukee City Council and to become a Wisconsin judge.

Republican Rep. Amy Loudenbeck, who is the chairperson of the board, called the vote "historic."

Michael Johnson, CEO of Boys and Girls Clubs of Dane County, began the push for the statue last year amid widespread protests over police brutality. His organization is trying to raise $1.3 million for the statue.

The statue of Phillips, which will be installed at the South entrance to the Capitol, will join the "Forward" and Col. Hans Christian Heg statues, which were reinstalled in September after being toppled by protesters in June 2020. Heg was an abolitionist who died in a Civil War battle, and the "Forward" statue has come to represent women’s rights.